Hearing the news of the people coming from Hidden Cloud Village, Naruto’s horses of mind startrd running, but there was no expression on his face, and he said nothing.

“However, it seems that Hidden Cloud Village people are good person. Well, at least the guy who is so lazy can come to school so early.”

“Cut it out now, don’t say so much, Sakura and Ino are coming.”

Hearing Naruto’s teasing, Shikamaru turned speechless, he strock his mouth, and then looked at the two girls who are approaching behind him with the corner of his eye.

When Naruto heard Shikamaru’s words, he obviously glimpse, then twisted his head and looked at the two girls who were like sisters, coming with a smile on their faces.

That’s right, the two little girls are very harmonious now, and they are not as hot as the original.

But Naruto needs to know that these two little loli are very qualified. Ino Yamanaka looks little wilder, but her personality is very mature and cheerful. It seems that she can chat with anyone. Although she is not very old at this time, it can be seen from her facial features, and it is definitely a beautiful embryo in the future. Haruno Sakura is also very good, her beautiful cherry colored hair, and melon shaped delicate face, a smile often hangs on her face, people can’t help but feel a bit of love in their heart. She is also a rare beauty of Naruto’s past life. 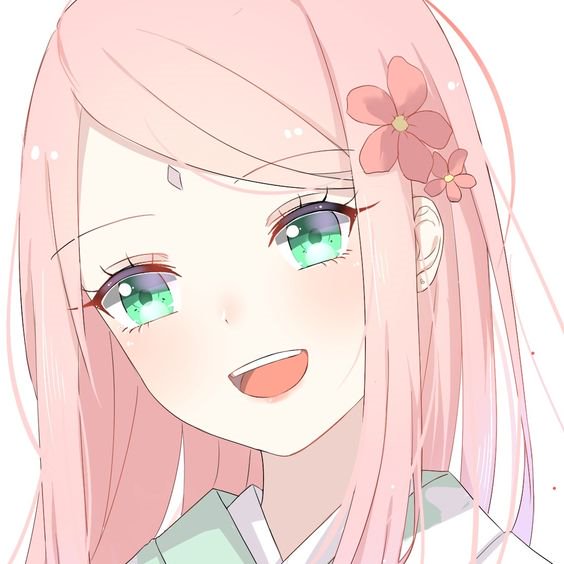 “Hey, Naruto, you still come so early.” Seeing Naruto smiled at both of them, Ino was very open and greeted Naruto.

Unlike the rest of the children, Ino is from one of the big families of Konoha Village. Although she does not know the identity of Naruto without the details of his parents, she does not think that it is common with those who are ignorant. It is the so-called ‘demon fox’ (Jinchuriki).

And since Naruto came to the school, Ino often saw Naruto’s figure of doing hard work. Sometimes, Naruto’s persevering expression and the expression of sweat and rain will make it difficult for him to stop and watch.

However, Haruno Sakura and Ino are different. After seeing Naruto, the seemingly weak little face showed a panic, and quickly hugged the arms of Ino, hiding her entire body behind the field.

For Haruno Sakura to see her performance, Naruto apparently got used to it in the past few days in the ninja school, so he didn’t care, and just a little funnilly, yelled at her and said: “Yes, but It’s so early for you to come today too.”

“No way, I’m used to sleep, but resulted in dragged out by my mom, and I’m still feeling sleepy.” She yawns.

When she saw the slouchy look of Shikamaru, Ino was very unhappy and touched her mouth. Then her eyes moved to Naruto’s body. Her eyes immediately released a burst of light and said: “Hey, Naruto, I didn’t saw you this morning. Did you exercise?”

“Ah, Yes my exercise is over now, and the rest is still waiting for noon to do it again.” Hearing that Ino suddenly cared about him, Naruto had some time to understand and perfunctory.

“Oh, is this…” Hearing Naruto’s answer, Ino showed a disappointment, but at this time, Haruno Sakura, who had been hiding behind her, suddenly touch Ino’s arm and whispered.

“Hey, Ino What’s wrong with you? Why are you so concerned about him? You don’t know…”

“Naruto is Naruto. It is never something else. If he would really be someone dangerouse then Konoha Village has long been ruined.”

“…” After all, it was a child, and many things were not too clear, so after hearing the words of Ino, Haruno Sakura could not help but stunned, and then imagined in her mind. After a while, She found out that if Naruto is really a demon fox who almost destroyed the Konoha village, then those students who often bully him will be killed too.

When she thought of it, Haruno Sakura once again stunned, and there was a little embarrassment on her face. She carefully looked out from behind Ino and looked at Naruto in front of her. Naruto’s face was always filled with sunshine and warmth. A blond teenager with a big smile.

Although the exchanges between Ino and Haruno Sakura are very low, they can’t cover the Naruto of the hearing metamorphosis, so when I see Ino so easily add to their ‘friend circle’, and his face can’t help but reveal a smile, even the pace of walking has become a little cheerful.

However, at this time, Naruto’s ear suddenly sounded two prompts that made him unable to take care of his hand.

[“Ding …… Sakura Haruno on favorability host upgrade 30, please host redouble their efforts to create a large harem of the times!”]

Although this is the case, Naruto has not forgotten to use the good sensitivity system to detect Sakura and Ino, but after his detection, Naruto’s mouth grows big and looks dumbfounded.

Good feeling: 77 (work hard, you not far from being lover!)