She already have taken multiple risk before, so also pick her pace towards the ship.

With the help of Observation Haki, Vegeta easily find the Treasure hidden in the Captain room.

Pirates never believed in their crew, so, they always hide their treasure in captain room.

“Hey, how is this your treasure? I found it, so, it’s mine.” Vegeta want to pay his debt from this treasure.

Nami put his on her waist and said: “All the treasure Straw Hat Pirate member gets will be under my juridiction, this is the deal between me and Luffy Captain.”

“What? How can that idiot agree to this type of deal?”

“I can give you this treasure, but any treasure I personally find from now on, will be totally mine. And also my debt is clear with you.”

Nami thought she will definately don’t stay with them for a long time, so she agreed.

“Oh… thank god, you agreed. If you want partnership from gold city, it will…” After saying it half, Vegeta stood up, like he didn’t say anything.

Nami heard about the Gold city clearly. She directly caught his collar and said: “Tell me about gold city!”

“Well, what gold city? Even if I know, why would I tell you? From now on, treasure I find will be only mine.” After saying that Vegeta patted his hands to remove dust, and stood up go out.

Nami really want to kill this pervert, greedy, bastard… Nami just want to use all the abusive word she know, on Vegeta.

After venting her anger, Nami starts to pick her treasure.

Vegeta doesn’t care about this treasure or Gold City treasure. He father is world strongest man, who is Emperor. You can understand how much wealth his father must have.

In One Piece Anime as well, after the death of Whitebeard, every pirate wants to catch Marco and other crew member, so they can find Whitebeard hidden treasure.

Vegeta smiles, and start observing the fight of Luffy and Kuro fight.

Kuro is using Madman attack at an incredible speed. These are all unorganised attacks, where he even attack his partners.

Vegeta think that this is a good attacking technique, if possible he should copy it.

With his Observation Haki, he can use it perfectly well.

Nami also took all the treasure and come out to see the fight. She saw the everywhere peoples are getting cut randomly. It is like some invisible guy attacking them.

“Who is attacking them?”

“Don’t you have any honor, those men are your friends?”

Luffy really get emotional when it comes to friend. This is also one of the reason why Vegeta agreed to become his partner. Luffy is really a kind of guy, anyone wants to friend with.

Nami also saw this emotional scene, and she is full of surprise. She never thought that Pirates would be full of emotions as well.

Her impression about this pirate group starting to change.

Luffy uses his fighting instinct and caught Kuro, after that his head shot make Kuro fainted.

Vegeta check how much time it needs to copy the skill.

It only took 1 second to copy all the skills. It looks like speed of copy depends on the power of skill or the user strength.

Nami went to Luffy, to make his mood happy.

It didn’t take long for Luffy to return to his cheerful self.

“Luffy, you are really powerful. Congratulations for taking second step towards Pirate King.”

With the help of Zoro, Usopp easily defeat Jango and saved Kaya.

Vegeta and Luffy are just happy with the foods, and totally forgot about everything.

Looking at the beautiful face of Kaya, Vegeta wants her to join his pirate group. 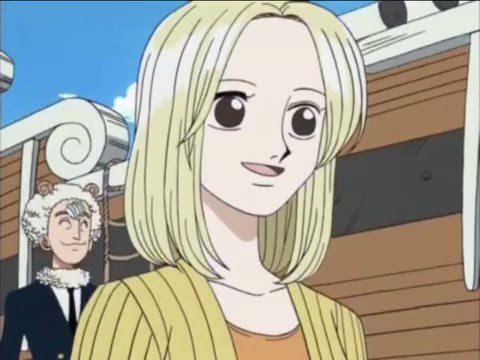 “Luffy, as a thank you gift, I want to give you a new Pirate ship.”

Vegeta looked towards Kaya and asked: “Kaya, I heard that you want to be a doctor.”

“Well, Luffy, we need a good doctor on our ship. Why not consider Kaya for that job?”

Luffy readly agreed. One reason is that Kaya is a kind girl, and she also gave him a boat.

“No… No, How can miss Kaya join pirate group?”

Before Kaya can answer, Merry answered.

Vegeta smiles towards Kaya and said: “Kaya, East Blue sea is really a small place, if you really want to be the best doctor, then you need the best books available in whole World. Are you sure that you can get everything here in Syrup Village?”

“I hope you consider Luffy’s suggestion, before deciding.”

After saying that Vegeta once again got busy with food.

Even if this ability consumes strength, food directly provides him supplyment.

After hearing the explaination of Vegeta, Kaya really is not sure that she can became a top doctor while living in Syrup Village.

After eating at the party, Vegeta comes into his room to sleep.

After an hour, his room gate was knocked.

“Mr. Vegeta, Are you still awake?”

After wearing his shorts, Vegeta opened his gate.

Kaya stood in front of him. She is in a confused state.

“Mr. Vegeta, I want to ask something!”

After saying that Vegeta and Kaya enter into the room.

Vegeta sit on the bed, and leave some space for her. But Kaya choose to sit on the nearby chair.

“Mr. Vegeta, I usually stay ill, or you can say weak. Are your pirate group still willing to accept me?”

“And don’t agree because I provide you the boat. Answer me honestly.”

Vegeta smiles and said: “My answer is still yes. Let me take you to my captain, you ask this question to him?”

To wake up, Vegeta directly punched his face without Armament Haki.

“Ahhhh, I will kill anyone who touch my meat.” Luffy starts to blahbur in half dream state.

“Hey, wake up. Kaya want to ask a question from the Captain.” Vegeta finally able to wake him up, after throwing water.