Vegeta checked his status once again and found that Marco Pheonix fruit and Daddy Tremor fruit are already copied. It means it takes one month at least to come here.

“If this ability is with me, my journey will be much smoother.”

Marco ability and Daddy’s ability are too shiny. If I used it in front of others, anyone will know my connection with Whitebeard.

Because of Luffy, Navy whole line-up is already in mess.

Vegeta jumped and directly sit on the wall, start witnessing the joining of Future legendary swordsman.

Zoro also noticed that someone is sitting on the wall. 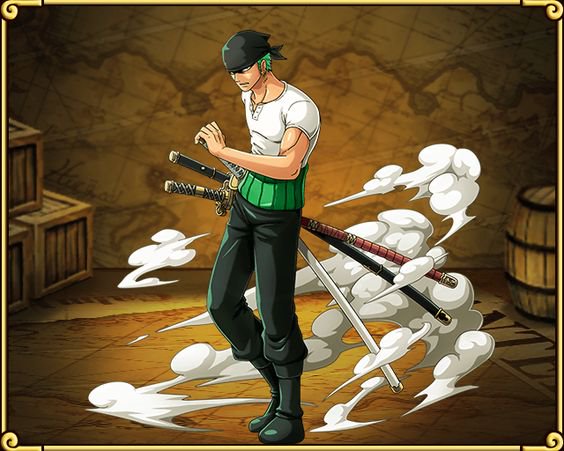 “Hey, what are looking?”

“I am waiting for the future legendary pirate.” Vegeta smile and replied.

Zoro looked at him like he is looking at an idiot.

Luffy already went to take his swords, but before he can come back, soldiers immediately surround Zoro, and some of them even pointed the gun at Vegeta.

“I don’t like when someone points guns at me!”

Vegeta warned navy soldiers, but everyone ignores it.

Morgan shouted: “What are you doing? Just kill them, and bring me the straw hat boy.”

When they heard the order, they already determined to kill.

Vegeta thought that plot changes because of his intervention, but just when he about to save Zoro, Luffy from the window comes in front of Zoro like a rocket. 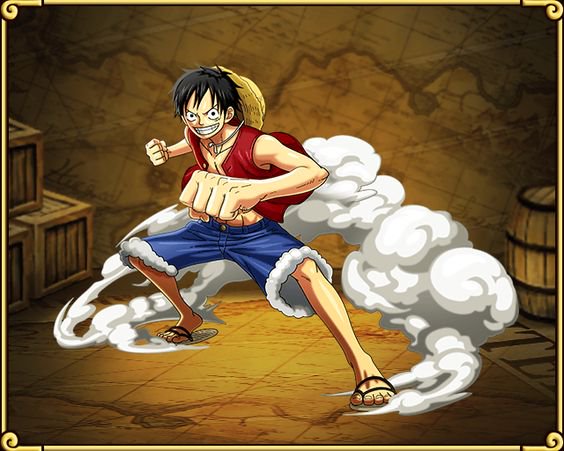 Every bullet is blocked by Luffy.

Vegeta also got relaxed and sit. He doesn’t care about the bullets coming towards him.

With Observation Haki + Armament Haki + speed, he easily changes the direction of a slight movement of his finger.

[Ting! Congratulations Host to upgrade the level of Armament Haki]

Vegeta total ignores everything because, at the current moment, Helmeppo took Koby as a hostage. Zoro is busy fighting with other soldiers. Luffy directly leaves his back unguarded and attack Helmeppo. At the same time, Morgan attack with his axe hand. Vegeta knows that finally Zoro somehow saves Luffy from this condition, but he just can’t see Luffy taking this much risk.

Vegeta immediately picked a spare bullet from the ground, and throw towards Morgan like a pebble.

His strength is only 86, so it didn’t work as a bullet, but it still works like a pebble.

This bullet hit the temple of Morgan, and his Axe at that moment missed Luffy, and attack to his side. At that moment, Zoro reached and attack Morgan.

Luffy looked towards Vegeta with his smiling face, and said: “Thank you.”

“No problem.” After saying that Vegeta jumped from the wall, and start checking the pockets of Morgan.

Everyone turn dumb when Vegeta took out some money from Morgan’s pocket, and turned and go away. It happens like this is Vegeta’s own money.

Vegeta didn’t care about the expression of others, because he is really hungry. He has not eaten for at least a month.

If he doesn’t have the special physique of Whitebeard, maybe he be dead.

Vegeta gathered his strength somehow and reached to the restaurant near the coast.

He ordered one item of every dish. It took some time to cook, but this waiting time is enough to kill Vegeta.

After the long waiting, food started to serve. Vegeta starts to eat like he is hungry for generations.

Suddenly, a familiar voice comes from the gate.

Before Vegeta can answer, Luffy picked one plate, and start eating.

The anger of Vegeta reached to the top, and said: “Hey, Straw hat, this is my food. If you want to eat, order your own.”

After saying that Vegeta starts to eat from the plate near Luffy.

Luffy is a rubber man, so when eating, he doesn’t need to chew. He can even eat one-time full dinner of a normal person in just one go.

Luffy is like an incarnation of shamelessness. In the matter of food, he acts like he didn’t hear it.

Luffy hand became big, and started to pick plate from Vegeta side.

Vegeta anger started to boil, but he knows that the only way to stop Luffy from eating food is to finish your food faster than him.

Competition between Vegeta and Luffy started. Both are eating like a hungry ghost.

Zoro also uses his mind in this competition and stole some food plates. Actually, Zoro didn’t have money, and just like Vegeta, he is hungry for more than 15 days.

“Bring some more Chicken.” Vegeta ordered, but the lady owner smiled and apologized.

“Sorry, all the ingredients are finished.”

“What?” Vegeta anger is not on the lady, but towards Luffy.

Vegeta only filled 10% of his cota. Without thinking anything, Vegeta jumped and punched Luffy’s face.

“You hungry ghost, because of you, I have not satisfied my hunger.”

Everyone in the restaurant room petrified. You still not satisfied.

Luffy strength and his own strength is almost equal.

And with the addition of Armament Haki, he can ignore the fact that blunt attack can’t hurt Luffy.

Both Luffy and Vegeta got hurt.

Suddenly, Vegeta uses his blue flames, and all the injuries of his face vanished, but his hunger starts to act once again.

He already gives all the money to the restaurant Manager, so he can’t go to other hotels to eat.

“Hey, what magic is this? Can you show it again?”

Luffy didn’t have little bit resentment because of a fight, but it filled with stars.

“Well, this is devil fruit power? Nothing special.”

“Cool, you come and join my pirate group!”

Luffy always took his partners based on their heart. Vegeta fits perfectly in that category.

Vegeta thought for a while.

Vegeta didn’t have a ship, or crew, or mood to take responsibility of everyone. So, he is the only person who doesn’t want to open his own pirate group.

Vegeta also knows that Luffy is the Hero of One Piece world, so he will attend almost all important events of the world.

Everyone is talking about something, but Luffy is constantly looking at Vegeta face, and waiting for his answer.

“Well, I agree to join your pirate group.”