A woke up in a small boat that is drifting in the sea.

A wounded man is trying to row the boat as fast as possible.

The boy looked around and found in the back of the uncle, whole Island is burning. Suddenly, some memories started to immerge in his mind.

He is a boy from Omuro Island, and son of the legendary White Beard. His name is Edward Vegeta.

Vegeta touched his body around and found that at least he is not like that fake Edward Weevil.

Vegeta is already around 6 feet, but his current age is just 12 years.

Vegeta knows that in One Piece world, the height of 12 feet is kind of normal, but he doesn’t want to cast aside by all the girls like Nami, Robin, Hancock, Vive and many more.

[Ting! One and final gift from the god, choose anyone.

Vegeta got shocked after hearing the voice of the system, but a sentence like ‘One and final gift’ makes his balls hurt. It means he has to rely on this one open to staying alive in this world.

Vegeta already understands the meaning of Thunder devil fruit, and Hashirama Senju bloodline, but he really doesn’t know about the other two.

Vegeta admires Whitebeard wholeheartedly, but it doesn’t mean he will choose the defeating side.

Vegeta also hesitating to choose 1, because he is the son of Whitebeard, and he just can’t join his fathers enemy to kill his own father. And even Navy will not trust a guy like this. And most important thing is that Whitebeard is behavior is just too good towards his mother in the memory, and it’s the Navy who attack the island, and killed his mother. They even tried to kill him, but a security guard left by Whitebeard, risked his life, and save him.

That guy is currently driving the boat.

Vegeta thought for a long time, but he just can’t decide. The best option for him is 4, but he don’t even who the hell is Calvin Rankin.

[Ting! Time limit is over. The host doesn’t choose it, so system randomize the power.]

[Because it is randomized, Host get one other gift from the system]

But no matter what Vegeta says, System didn’t answer at all.

Vegeta tried a lot, and finally, he accepts his fate.

Vegeta opened his eyes once again and found that old man is dead while sitting.

It is the first time, he saw a dead body, so he tried to wake up the old man.

Vegeta moved the body of the old man, and old man really opened his eyes.

“Vegeta, my life is about to finish. You inform your old man for me that I said ‘Sorry’.” After saying that oldman really died while sitting.

Vegeta doesn’t even have the courage to touch the dead body, but after waiting for a while, he calm down.

Vegeta checks his pulse rate, and found that old man is really dead.

Vegeta checked his body, and found one small book in it.

Previous Vegeta already knows how to read Japanese, so it doesn’t matter.

But it is night time in the sea, you can understand how scary the atmosphere will be.

After checking the whole body, Vegeta saluted his uncle last time to give respect and then throw his body in the sea.

For Pirate, died while fighting in the sea is the best burial for him.

Vegeta doesn’t even know a fart about the direction in sea.

He opened the book, and found a letter in it.

It is written for Dina. And even her address is mentioned.

One the 1st page, it is written as mentioned.

“If someone found this book, then it means I am already dead. Please post this letter for me.”

Vegeta put that letter in his pocket, and start reading the book.

In that book, all the exercise regarding Haki is written.

Vegeta first got excited, and started to get bored, because reading about exercise is the most boring part, if you don’t even exercise.

Vegeta slept on the ship to conserve as much energy he can.

Whitebeard also got the news that Island was destroyed.

To cover up the clues, Navy killed everyone, and sink the whole island.

Whitebeard immediately went there, but it still took him two days. After seeing the island, first time Whitebeard cried. 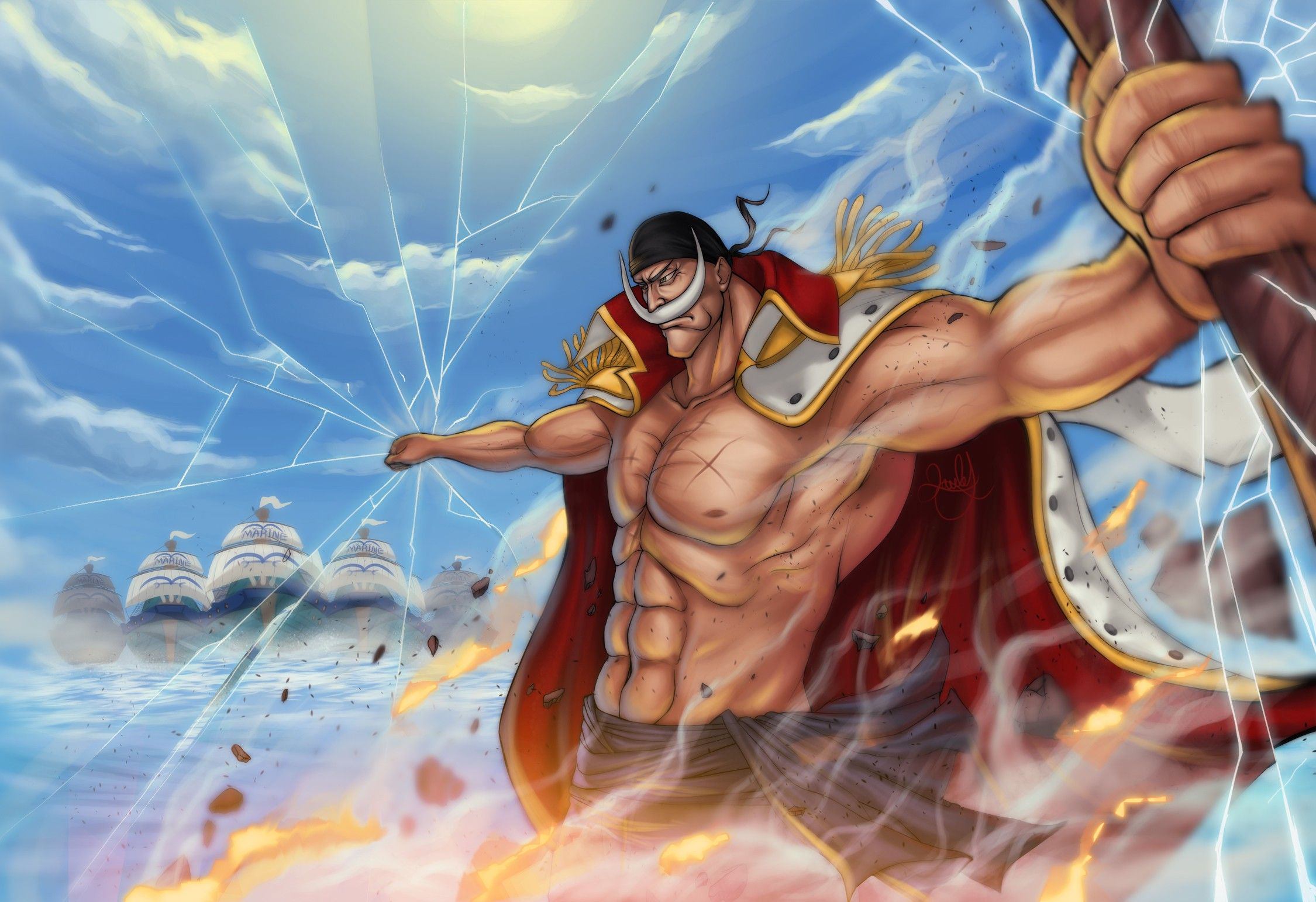 Whitebeard ordered everyone to search for any information related to Edward Vegeta.

Newgate really loves his new baby, he even planned to take him away with him, but his wife rejected it.

Newgate body feels like it aged 10 years in just 10 minutes.

Suddenly, Newgate remembers that he have Vivre Card of Vegeta. When he checked it, he found that it is totally intact.

It also moves in a certain direction.

Without hesitation, Newgate ordered to follow in that direction.

In the morning, Vegeta found that ship didn’t move a single step.

There is almost no-wind. After thinking about the no-wind, Vegeta forehead is full of cold sweats.

Vegeta stood up on the boat and looked around. He found an island but it is at least 5 kilometers away.

This distance is just too far away.

In a panic, Vegeta started to row his boat as fast as possible towards the island.

You can say luck, but Vegeta crossed 3 kilometers without any accident, but suddenly a hug behemoth shattered his boat into pieces.

Vegeta has only one wish, please kill me with the least pain.

But when his body touches water, Vegeta feels that his body starts to feel refreshed. He feels much better in water than on the boat.

Suddenly, a full of horror voice comes, and it is from the Sea King who is planning to eat him.

Vegeta unconsciously starts to swim like Aquaman in DC comics.