After taking most of the information about the current time period, Allen moved towards the auction house.

Auction is going to start after some time. He also has to reach and stole all the things before the auction starts. So he starts to move towards the gate.

As soon as he reached the gate, some pirates enter into the bar.

When Allen look carefully towards them, he found out that this is Doflamingo group which almost rule West Sea and now moving towards New World.

Currently, Doflamingo is in the teenage time period, so it is pretty tough to know that this is Doflamingo of the future. Allen also not able to recognize them until he saw Trebol and Lao G.

Allen is pretty interested to meet Doflamingo, but he knows that he is not the opponent of Doflamingo now. Also, Trebol has a wide range of devil fruit attack which is pretty too dangerous for him. So, Allen decides to go out of this place as soon as possible.

Allen just went out of the Bar, Doflamingo looks at the direction where Allen stood before. 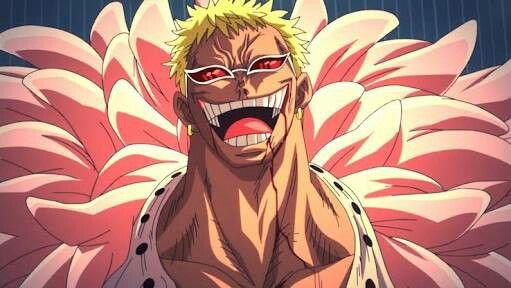 Trebol come near Doflamingo and asked: “What happen Doffy? Do you find someone you knew?” 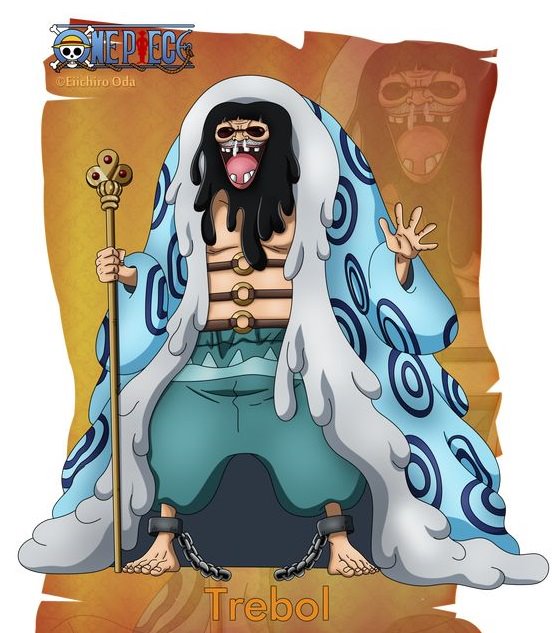 Doflamingo has some hidden feeling that someone stands there before, and he was looking towards him with pity.

Yes, it’s not fear, it’s a pity. But now feeling is gone.

Allen walks out of the Bar and starts to move towards Auction house.

It is still two hours before, auction starts.

Pirates who heard that Devil Fruit is about to go on auction, they reached before anyone to grab seats. Merchants, kings and different levels of Nobles are also the same.

Allen directly comes into the backyard, and start looking for the auction item.

There are many different items here which are not available before.

Auction house guards are shorting and Auction house manager is deciding which products have to enter on today’s sell list.

On the side of his seat, there are three standard boxes. Anyone who watched One Piece can tell that these are the boxes which hold devil fruit.

Allen already knows the condition which has to be fulfilled before absorbing the devil fruits.

To make it everything safe side, Allen already used his one of the opportunity to absorb talisman permanently. And the surprise he got is pretty good.

[Host property status has been changed]

Now Allen not only gets invisible while wearing his clothes, but he can also even touch other object and make them invisible with him. Also, an additional benefit is that he can even hide sound created by his walking.

That is the reason Allen is so confident.

Allen looked around and found that everyone is busy. He even heard a manager saying that ‘Celestial Dragon, as well as our Boss Doflamingo, is coming for a routine checkup. If anyone makes a mistake, he will cut his head off.’

Finally, Allen understands, why they are so fearful.

Allen walks towards the Manager chair, and looked around to find that someone is watching the Boxes or not.

He finds that no-one is watching these boxes. It is like they already know that no-one dares to take anything from Doflamingo Auction house.

Allen got surprised because he didn’t think that there will be logia fruit here. He actually didn’t know which devil fruit is this, so he just takes out and makes it invisible while touching.

Allen opened another treasure chest, and he found a Zoan devil fruit. He also picked that and make that fruit invisible.

Allen opened the third chest and found Paramecia devil fruit. He did the same thing, and slowly closed the chest.

Allen looked around and find that no-one notices his crime.