Avishek is gone. He left 100 million Bailey, although Tom does not need it but Avishek is still left.

This is an uninhabited ruin on the island. Now there is no one, and at this time on the beach here, there is already a ship docked on the shore.

This ship is about the size of an ordinary pirate ship, but the bow is designed as a unicorn head and looks very powerful.

The only regret is that there is no pirate flag on the flagpole.

“However, it will soon be there.”

Avishek came to the shore, and smiled.

“Is this our pirate ship?” Kaneki came over and slowly said.

“Yes, It will be our partners who sailed on the sea with us in the future.” Avishek laughed. “Let’s go, take a look at the boat.”

Kaneki nodded, and jumped onto the deck of the ship.

But just jumped onto the deck, Avishek was stunned, including Kaneki.

There is a tall man sleeping on the deck and enjoying the sunlight.

Man in a blue-white suit.

After some time, he remove the blindfold from my eyes and looked at Avishek. 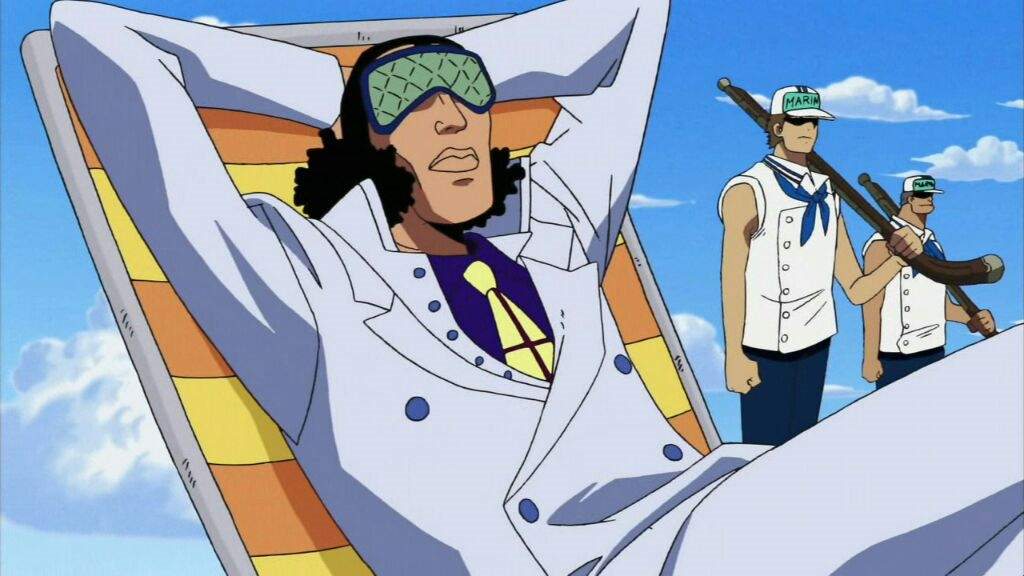 “I thought how there is a ship here, I didn’t expect it to be yours, Avishek.” The man spoke slowly and stood up straight.

“It’s not very polite to go to someone else’s boat. Mr. Kuzan.” Avishek replied, and the look of vigilance appeared in his eyes.

Yes, this person is one of the three Admirals of the Navy. 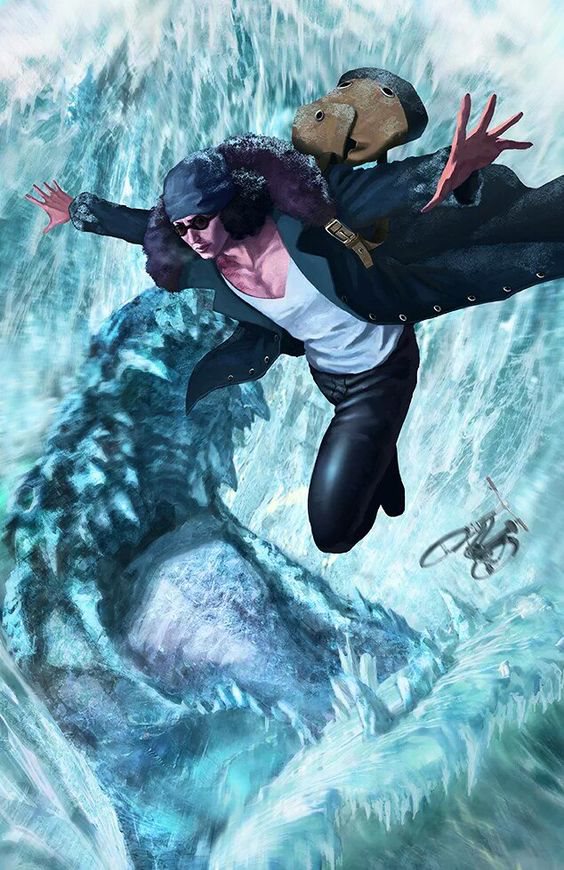 After leaving from Alabasta, Kuzan was once again wandering in the sea on a daily basis. He received orders from the headquarters to solve the problem of human eating devil. However, the cannibal was not found, but he found a newly emerging pirate star ‘Avishek’.

[Now, he don’t know that Kaneki is the devil.?

“Is it necessary for Navy to be polite to the pirates?!” Kuzan lazily stretched out and seemed to have not woke up properly yet.

Ordinary people think that Kuzan is completely an ordinary person, just his body is taller.

But Avishek is extremely vigilant and the whole body is tight.

The power of Admiral is not something what he can resist now.

Avishek can only be adapted to it now, and the sudden appearance of Kuzan is indeed somewhat unexpected.

“I don’t know what Admiral is doing on my boat?” Avishek asked.

“Ah, this question is really puzzling.” Kuzan scratched his head and looked at Avishek. “What do you think is a navy doing on the pirate’s boat?”

When the voice of Kuzan fell.

Apparently, Kuzan has already planned to do something to them, and it can be heard from his words. In this case, it is better to attack first. As for running? That is totally meaningless because they simply cannot run.

After all, he is on your boat, and if you want to run, you have to throw his out first off the boat.

A broken air suddenly came from behind Kuzan.

Kuzan suddenly looked back with some surprise, even if there was nothing behind him, but under the Observation Haki, it let him dodge easily.

And then, in the position where Kuzan was in, Kazick appeared.

“Oh? Zoan devil fruit ability user? Looks like it is not.” Kuzan looked at Kazick with surprise.

The devil fruit ability of the Zoan system should be an animal? Kazick is an insect.

Moreover, the systemicization can be said to be an awakening state of the Zoan system, and any devil fruit ability after the awakening can be very strong.

If it is awakening, he must have been slightly injured at least.

That would mean one thing. The thing in front of him is not the ability of the Zoan system, otherwise his strength cannot be so weak.

After all, Kazick was completely unsensed before the raid.

But not an Zoan system, what is the ability?

However, at this time, Avishek and Kaneki also immediately shot.

Even if you know that you are not his opponent, at least you have to try it.

Avishek used the “Thunder” and the palm of the right hand was aimed at Kuzan, and a purple current was shot directly.

Bombing out with horrible destructive power.

Behind him, the number of scarlet scales tentacles extended…….