“Luffy, the little guy, all the time is training hard, just want to catch up with Ace and Sabo? Ace seems to grow taller! Estimated to be higher than me!”

“Of course, it’s a family member of our Dadan family.”

“Dogra!” Dadan face with flushing, dozens of beer bottles around. “For our Ace boy, cheers!”

“Hey!” The thieves of the Dadan family were happy to have a toast.

Dadan looked at Ace’s reward list, and her eyes showed a gratifying look. “Son, Dadan’s mother is proud of you! Live according to your own ideas! Live in this free sea!” Then turn to Luffy: “Luffy, you are about to go out to sea!”

Luffy looked at Ace’s reward and said: “Yes, I am going to go out to sea soon. I am going to be a man of One Piece. I will definitely not be worse than Ace.”

After arriving at the island, although they have already reached to the forest, they can still see two huge figures fighting in the distance. It is really a wonder!

This is why Tianlei is coming to this small garden. Dorry and Brogy are the captains of the original Giant pirates, and their strength is quite strong. Although I don’t have the strength to win against them, it is a very good thing to come and fight with them.

Yuxi, Face are not much surprised, after all, in the navy headquarters there are Giant Team. In the East Blue Sea, there is nothing to see like this, So Kobi, Alvida, Bartolomeo, Dezaia, and Nojiko opened their mouth in shock. They really don’t understand that there are still such huge people in the world. They really want to ask each other, are they not sleeping?

Mikita, Mr.5 are also people born in Grand Line, so what kind of people and things they have not seen. Although it is the first time to see Giant, but they are just little surprised. But the next moment they were not surprised, but frightened.

They thought and they had a bit of resentment, and looked at Tianlei. This guy was too sinister. When they joined, he informed the Navy headquarters and spread the news, leaving them with no retreat.

Tianlei also noticed the changes in the face of Mikita and Mr.5. As they looked at the past, this is also a glimpse. Then immediately laughed and said to Mikita, Mr.5: “Mikita, Mr.5, this Crocodile is really kind! Before he sent you over, now he sent Mr.3 and Miss Golden Week again. He is really a big good guy!”

Tianlei still want to get Mr.3 and Miss Golden Week. He doesn’t want Miss Doublefinger. She is a fruit-capable person, was actually beaten by Nami! What kind of potential does such a person have? There is Mr.4 and his partner, Tianlei just don’t want them.

Mr.2 is good in all aspects, but Tianlei has no love for the shemale! Let him and Luffy be friends! Mr.1 is the most fancy of Tianlei, but unfortunately he is only loyal to Crocodile. And Robin. He definately want Robin to be his partner but he can’t. Currently, he doesn’t have the strength to protect her from Navy.

So only the four people who can be received are Mr.3, Miss Golden Week, Mikita and Mr.5.

Mr.3, Miss Golden Week naturally also saw Mikita, Mr.5. They came over and said: “Mr.5, Miss Valentine, I really did not expect you actually dare to betray Baroque Work agency. Now tell me, how are you going to die? I will give you a happy time as a colleague!” Turned around and said to Miss Golden Week: “Miss Golden Week?” 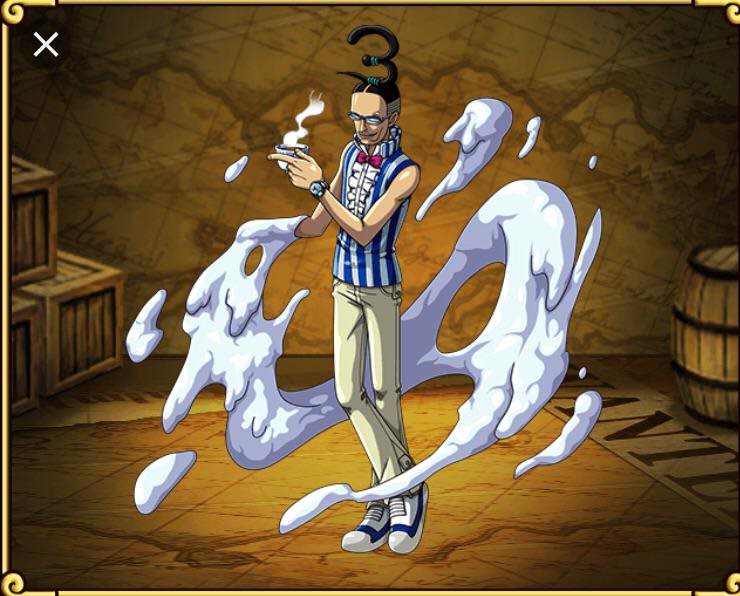 He looked at Tianlei group, but also found that she was not there. Nojiko is the most honest, and said: “Gentleman, are you looking for a little girl wearing a red cap and a blue-white dolomic skirt, holding a drawing board in his hand?”

Mr.3 turned back and asked: “Yes, I just looking for her, you know?”

Nojiko refers to a corner: “Would you like to drink tea and eat Mr. 3?” 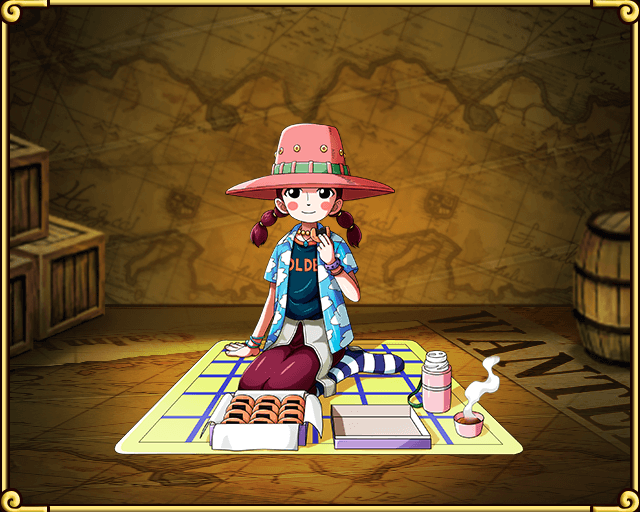 Miss Golden Week was not afraid of Mr.3 at all, and gave him a look, but she stopped to drinking tea, and slowly picked up the drawing board.

The scene is quite funny, that is, the face is usually flat, and it didn’t reveal a smile. And Bartolomeo, Dezaia started to laugh out loud, and pointing to Mr.3, Miss Golden Week said: “Do these two guys are jokers?”