The bullet hit the body and kept ringing the sound that wanted to cover your ears.

A speeding Land Rover, under the chase of five or six black SUVs, constantly makes drifting moves around the street.

However, the sorrow is that this is the real world where no one calls “CUT.”

While slightly lowering his head and avoiding bullets from the rear, Lyon slammed on the gas pedal and tried to get rid of each other’s pursuit with speed.

Sitting in the co-pilot’s Natasha, she took an M4A1 carbine and poked her body out of the window, constantly blocking the pursuers behind her.

Accompanied by a series of gunshots, Natasha blasted the tire of the other SUV, and then the whole SUV was like a drunk, slammed into the distance.

Two SUVs slammed into each other!

The car parts were shocked and splashed everywhere. The driver was also in this collision, suddenly unconscious…

Through the rearview mirror, Lyon saw it all and immediately claimed to praise.

And Natasha just sat back in her seat calmly, and fill a new magazine into her gun.

Taking advantage of the other side’s collision, the delay was delayed for a while, and Lyon accelerated again, trying to chase away from the troops.

However, even if they had already expected that the other party would not stop like this, they were still impressed by the other party’s tirelessness.

“Why they are so dedicated today!”

They have chased them dozens of streets, and they still refused to let them go…

In the car, Lyon also feels, do not do anything, maybe he and Natasha, have to plant here!

Therefore, while driving a Land Rover, Lyon continued to scream on the road, shouting at Natasha next to her.

“It won’t work like this! This car won’t last long. If we are hit by the fuel tank, we can’t escape if we want to escape…”

“We have to find a way, do something, get rid of the current situation!”

Hearing the words of Lyon, Natasha, sitting on the side, also nodded slightly and seemed to agree with Lyon.

Then she quickly searched her mind and seemed to think of something like it, suddenly coming out.

There is no time to think too much, the gunshots that are constantly ringing behind them, and the noise of bullets hitting the car so that Lyon can only follow the instructions of Natasha to the direction of the port in the north of the city.

The two people chased under the Red house killers, all the way north, and finally came to the city port of Nizhnevartovsk.

Perhaps it is not yet time to go to work, the vast port where the containers are piled up everywhere, cold and clear, there are no people everywhere, and there is no busy day on weekdays.

Lyon and Natasha parked the car aside and took advantage of the luggage and equipment to get into the tortuous part of the road.

The terrain of the port is perfect for hiding. If you are not an employee who often works here, it is difficult to find out the tortuous terrain here.

Especially suitable for the situation of playing less!

And here, this is Natasha and Lyon, the choice of counterattack location!

Instead of being chased by the other side to continue running, it would be better to find a place to solve this batch of chasing troops, and then continue to escape.

For Natasha’s plan, Lyon had no opinion.

What’s more, according to Natasha, she has been to this place, and still here, leaving some tools to help them escape…

The figure of the two, just disappeared in countless containers, when the chasing soldiers arrived!

Seven black SUVs, like the waiters of the god of death, lined up and stopped at the port gate.

An SUV in the middle of the street, the door was opened.

A pair of slender legs, stepping on a pair of high heels with seven or eight centimeters, stepped on some wet ground.

She shook her head slightly and gently licked a soft blond hair to reveal a very attractive glamorous face.

When she saw the riddled Land Rover at the door, she smiled.

Along with a command, the many killers standing behind her, all armed with various types of firearms, rushed into the port.

And she, from the waist, pulled out two pistols, took a catwalk, led several female killers in the same car, and walked in.

The Red house has long been well understood for the excellent combat ability of Black Widow.

Not to mention, plus a sharpshooter who can kill many enemies in a short time.

This combination, no matter how many people there are, does not dare to take it lightly.

Therefore, as the commander of the first group of soldiers, Yelena Belova was very cautiously divided into five groups by the communication device. 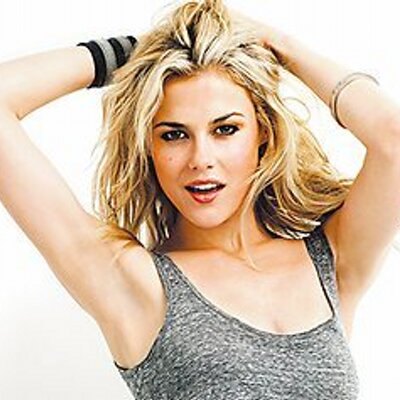 Twenty-five people were divided into five groups, spread and search the port.

And this scene, by the distant Lyon, all look in the eyes.

Lying on a container in Lyon, took off the telescopic glasses and said to Natasha on the side: “It seems that the commander of the other party is not an idiot, we are in trouble…”

The message of the other party’s group search is not too good for the two.

As long as they can’t put all the enemies of a group in a short period of time. Then, the enemy’s reinforcements will come immediately and quickly wipe them out.

In that case, what they are facing will be very powerful firepower!

Therefore, if they want to wipe out this wave of chasing troops, they must use the terrain and make a time difference!

In other words, they have to fight quickly!

Fortunately, five people, for the combination of Lyon and Black Widow, are simply not enough…

This can be seen in the slightly disdainful tone of Natasha.

Looking at Natasha with a “good feeling: cold” on her head, Lyon couldn’t help but swear in his heart

“This young lady is really confident…”

The two men squatted on one of the containers and observed for a moment before they waited for one of the enemies, some distance from the encirclement.

Lyon and Natasha looked at each other and their eyes passed the same signal. They are..!

Immediately afterward, the two men immediately jumped out of the container, and the cat leaned over and touched the enemies of the “single order”.

Natasha, who had just put her own two pistols on the silencer, had a glimpse of his eyes but found that Lyon, still carrying a suitcase, did not want to look like a weapon rack…

This made her frown and whispered. “Hey! What are you doing?”

“We are going to fight soon, what about your weapons?”

“Weapons?” Lyon snorted and then reacted.

Lyon gently patted the silver suitcase and revealed a devilish smile to Natasha.