The organization of Hydra, which ravaged the European region, was wiped out. The founder of the organization, Schmidt, was sanctioned by Kyle and Steve and was sentenced to death on the spot.

This important news report was sent back to the United States, and it immediately triggered a grand national carnival. Countless soldiers who returned to the base from the battlefield gathered together for a toasting drink.

“Cheers for the hero! I hope the world will usher in peace soon…”

In the countless bars of the big cities, all kinds of cheering words are heard all night.

In the same month, the German army that lost its manufacturing plant was seriously injured and retired from the front line of the war on a large scale. This became the epitome of Germany’s announcement of surrender in the near future.

However, in the festive atmosphere of the great victory of the Western European War, the two heroes, Kyle and Steve, are like the end of the fireworks that followed the battle, and they are gone forever.

Although last, Lieutenant Steve got in touch with the US military base from the enemy planes that were out of control, but quickly disconnected the signal and left only intermittently: “Plane is out of control, I will throw it into the Atlantic Ocean to stop.” A notification message to enter New York.

Major Kyle, likely to follow the out-of-control fighter, completely lost all the news.

After half a month.

On the surface of the sea in the Atlantic Ocean, the warm sunshine of the early morning fell, and the blue waves were dyed with a layer of shiny gold.

A modern white two-story sailboat that travels slowly on the sea, like a small leaf that floats with the waves and sea breeze.

On the open-air plane of the white sailboat, a young blonde wearing sunglasses is lying on a sun lounger with his hands on his back, which is extraordinarily casual and comfortable.

He only wore a pair of beach pants, allowing the sun light to fall on his own perfect body.

“I have not been relaxed like this for a long time.” Kyle lying on the sun lounger couldn’t help but feel.

Since the rebirth to the Marvel World in World War II, he has been in a constant war, even if there is a super soldier’s body, his body must be in a state of high vigilance.

He has to be alert for an energy laser, a high-explosive grenades, a sniper shell, or even a bomber’s indiscriminate carpet bombing can directly kill him anytime.

In the long-term harsh environment of war, Kyle has not able to enter deep sleep when he was resting. Suddenly someone was close to the bed, and even if he was not awake, it would insult his body to respond to the enemy’s reaction.

Fury and Steve, and even Carter have suffered such a loss.

“Think about it. Is it right to directly follow BRAND’s suggestion, and it is better to expel from military to be an ordinary citizen?”

This thought was only a quick pass, and Kyle did not continue to think deep.

He has the ability to draw cards, and if he is so weak and huddled in a seemingly safe city, he even looks down on himself.

Instead of worrying about the potential crisis in the future, it is better to take the initiative to embark on the path of opportunity and danger, constantly strengthen their own strength, enhance their status and reputation, until you can become fearless to face any enemy.

If he did not join the frontline war, how can he have so many free materials to extract, there is no super soldier ability to fight alongside Steve.

In addition, in the process, he got the sincere friendship between Steve, Joseph, Fury, Howard, and Carter. It is also a place that makes him feel very happy.

Kyle thoughts are flying, and a loud eagle screamed come from the sky, and then the shadow cast by the huge wings completely shrouded the sailboat.

“Is it back…” Kyle sat up from the sun lounger and watched the blue eagle flying down from the sea. The ever-moving wings flipped the waves and threw up the spray.

Kyle asked the Blue Eagle: “How, find a trace?”

The Blue Eagle whispered softly, shaking his head from side to side.

Kyle frowned and reached for the side and waved: “Continue to search in this direction, within 20 miles of the sea.”

The blue eagle flapping its wings straight into the sky, and quickly disappeared from the clouds in the sky.

Since Steve drove the uncontrolled plane away, Kyle later let the Blue Eagle, which had solved the nuclear bombing plane, rushed to search for the trail of the plane. Unfortunately, there was no clue for half a month.

The Atlantic Ocean is vast and boundless. If it is frozen like in the original film, it is simply to difficult to find.

“It seems that I can only give up.” Kyle sighed and was about to consider the trip back to the military base. At this moment, a shallow shadow appeared from the bottom of the sailboat.

A great white shark slammed out of the sea. He swung in the sea next to the sailboat and invited Kyle to come.

Kyle’s heart was shocked. He looked at the great white shark in the vicinity and confirmed the voice. “Is it really found?”

The great white shark continues to jump out of the sea and tap the water to make a statement.

“Venom, you get the thing up with Sharky.” Kyle thought for a moment, his eyes turned to the lazy venom on the table.

The venom is a little bit of interest, and it turns into countless black silk bouncing off the table. It has no interest in sharks, such a weak IQs and low animals. But since it is an order issued by Kyle, he can only obey.

The white shark, which was wrapped in black silk liquid, was quickly covered its body, like a hard dark keratin membrane, and the eyes of the great white shark became red and the mouth opened, the teeth are more horrible.

Venom is attached to the white shark, and naturally it dominate it as the body.

“Come back soon. Right, don’t touch it with your body.” Kyle thought, putting the two planks directly into the teeth of Venom shark, “clip it, and bring it up.”

Venom shark moved her tail and quickly sneak into the sea.

After a while, the water waves on the surface of the sea reappeared. At the same time, the brilliant blue light also gave the sea water a little bit of light.

The venomous shark heads out of the sea, and Kyle’s gaze immediately falls on its mouth, where are the two pieces of wood are sandwiched by a square-shaped blue-light block, containing the mysterious energy source. 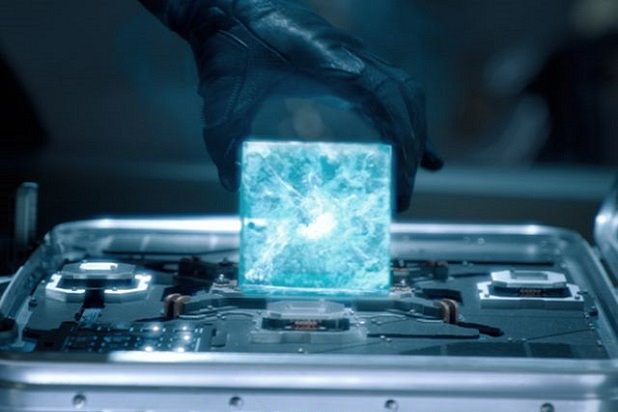