Kyle came out of the shower room, only to find that the sky outside has changed.

The sky was clouded, the rain was sloppy, and the rain-washed training base was awkward.

This local scene, with the current timeline, is a bit familiar.

Kyle was refraining from the rain, but saw a woman in the rain screen hurriedly walking towards the side of the umbrella, and looked forward to looking like someone.

After he saw the glamorous face of the man, he couldn’t help but cry out, “Carter?” “You don’t stay with Steve, what do you do in the men’s shower room here?” Kyle was surprised, and he seemed to guess what he said. “You don’t really like to see the perfect figure of a man.”

After all, the last time, when the soldiers were training at the base, she kicked into the men dormitory. At the time, Kyle also took a bath.

However, Carter did not refute this time, and said in a hurry: “Kyle, I came to you specifically, please advise Steve! Now you can only convince him!”

“Ha? What are you talking about?” Kyle did not know why he scratched his head.

Carter’s fiercely grabbed Kyle’s hand and drove into the rain curtain outside.

“You mean. In the frontline combat zone of Austria, the 107th regiment was attacked by the Germans. Only a small number of people fled back. And among the missing soldiers, there is a sergeant named Bucky Barnes?”

After listening to Carter’s brief message, Kyle suddenly knew why she was so anxious. 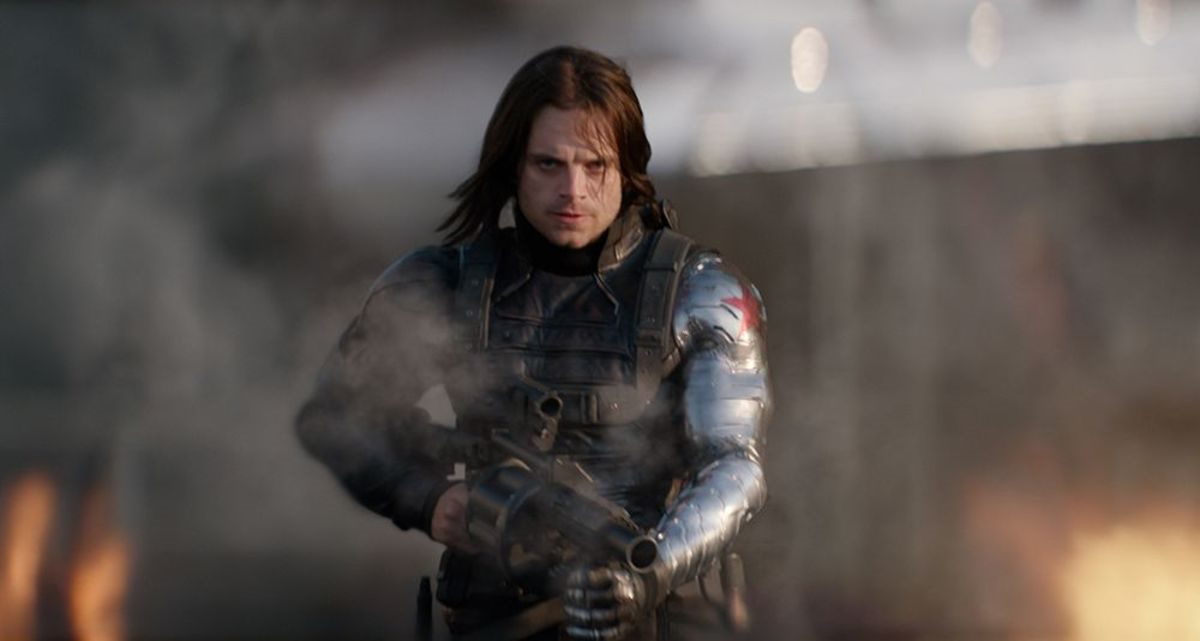 Steve was a good friend before he become soldiers, that is, the winter soldier who was controlled by Hydra in the future. For him, Steve later turned his face completely with Iron Man for him.

Now that Bucky had an accident, the location of the accident was not far away, and Steve wants to save his life.

“So… Carter. You want me to persuade him to stop Steve and let him not go?” Kyle asked.

Carter gave an affirmative answer: “Of course! Let’s not say whether the soldiers who were attacked are still alive. There are no big troops here, and they can carry out rescue operations. He alone goes through the most dangerous part in Europe and goes deep into the enemy’s Factory, this is too dangerous!”

“I know.” Kyle smiled and didn’t say anything. This made Carter frown slightly, and there was a bad feeling in her heart.

But now, to say who can stop Steve’s dedication, only Kyle.

Two came to the military camp area and dedicated to the tent where the propagandists lived.

A pair of appearances will start on their own.

After Carter came back, Steve was eager to say something, but when he saw Kyle behind him, his face suddenly became unnatural. “Kyle, are you also urging me? I know this is very risky, but if I have the ability to not do this, I will spend the rest of my life in regret.”

“You guy, I haven’t talked yet. How do you know that I am here to persuade you?” Kyle shrugged his breath and helped Steve throw the second spare tire into the back of the car.

Steve was surprised to slap Kyle’s shoulder and two smiled. There is no need to say anything between men, and one action can understand each other’s thoughts.

“Kyle, you?” Carter looked at him incredulously. Isn’t that a help?

“I am going with him, this is no problem. Two people are much safer.” Kyle confidently said.

Carter looked at Steve and looked at Kyle. She said bitterly: “I don’t understand yet. This is not something that one or two people can do.”

What happens when a clear-cut goal is met by another madman who is clap-in and encouragement?

In less than half a minute, Carter’s blockade declared a complete failure. In order to think about it, she still secretly used his own resources.

Ten minutes later, a plane took off in a thunderstorm, slamming into the darkness of the European battlefield.

Inside the aircraft cabin.

Steve and Kyle sat on one side, and Carter sat on the other side, introducing the situation to them: “Hydra military camp in Klausberg, between the two mountains, like a factory. I will let the plane try to close to a little door.”

“Stark is the best pilot I have ever seen, and only he dares to take off in this thunderstorm.”

Carter said that in the driver’s seat, a gentleman dressed up, a man of about 30 years old waved his hand.

Howard Stark? The founder of Stark Industries, the father of Iron Man.

Kyle’s eyes are slightly brighter, and it’s very early to want to see the legends in this Marvel world.

He said hello: “Is it Howard of the Science and Technology Bureau? I have seen your scientific invention at the museum exhibition, which is a genius.”

“Kyle.” Howard’s polite response: “I have heard of you too, rejected the Super Soldiers project experiment, the individual war madman, and the title of American hero. If there is Opportunity, I can ask you to eat cheese dinner after going back. Of course, it is better for Carter to go with him.”

“That’s it.” Kyle smiled and said that he didn’t care about the dangers he was about to face, as if he was convinced that he could return safely.

With some cards on hand, he really wants to make a good deal with Howard.

“Attention, we entered the enemy-occupied area!”

Howard hardly reminded me that the fast driving operation instrument avoided the fire, and the plane suddenly caused a sharp tremor.

Through the window, you can clearly see that the sky above is flashing lightning. In the dark night sky below, the enemy’s muzzle flame is constantly lit. Natural and man-made attacks are seriously affecting the aircraft.

“It’s too dangerous. Steve and I are going down here. You can go back now.”

“It’s already close to the enemy factory.” Steve nodded and got up and stood side by side with Kyle.

“Steve.” Carter called him and said slowly: “Please be sure to come alive.”

“With me, Steve won’t have anything. After I come back, please ask for a real meal.” Kyle waved his hand and followed Steve to jump down.

However, in a few seconds, the two quickly fell into the night rain.

“Not just Steve, please be sure to come back, Kyle.”

Watching the figures of the two, Carter on the plane whispered to herself and didn’t know what she was thinking about.