“Then I would like to thank you”. Vegeta said politely. Then asked: “Then why didn’ you use someone powerful from your dad’s force?”

“You mean Ginyu?” Kuriza understood the sign of Vegeta and said: “I don’t like them. They are old stubborn. Even if I really fought with them do you think that they can dare to hit me? I also thought about it in this universe, except for you Prince, I am afraid no one will dare to hit me.”

“Do you really think that?” Vegeta asked.

“Well, I will worm up first.” After Kuriza finished speaking, he once again waved his hand at Saron.

Saron flew there in confusion, and quickly asked: “What instructions do you have for me Lord Kuriza?”

“Get on my right side”. Kuriza ordered.

Saron nodded and came to the right side of Kuriza.

The next moment, everyone saw a strong radiance in the right hand of Kuriza.

“No, no…” Saron’s face was discolored, he screamed. 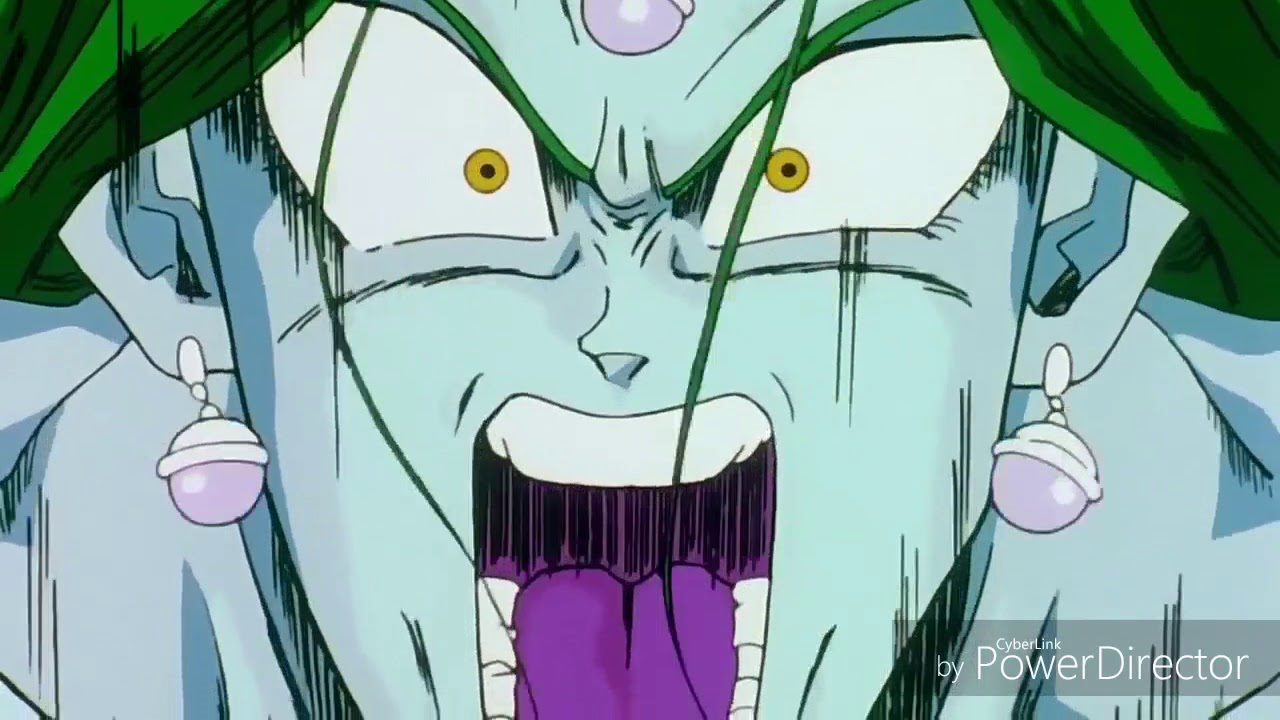 However, it was too late for Saron to avoid the attack. The flame hit him.

Saron’s body became dust in front of everyone.

“Well, I warmed up so we can start.” After Kuriza finished speaking, he waved his hand toward Vegeta, meaning that he would attack first.

King and others were watching this scene from distance with a stunning look.

“And, the people who were watching this war, I declare here in advance, this is the battle between me and Vegeta, no one can interfere, otherwise”. Kuriza said to King and others. After that, a red glare appeared in the fingers of Kuriza.

After saying this Kuriza, he forwards his hand in front of King and others. 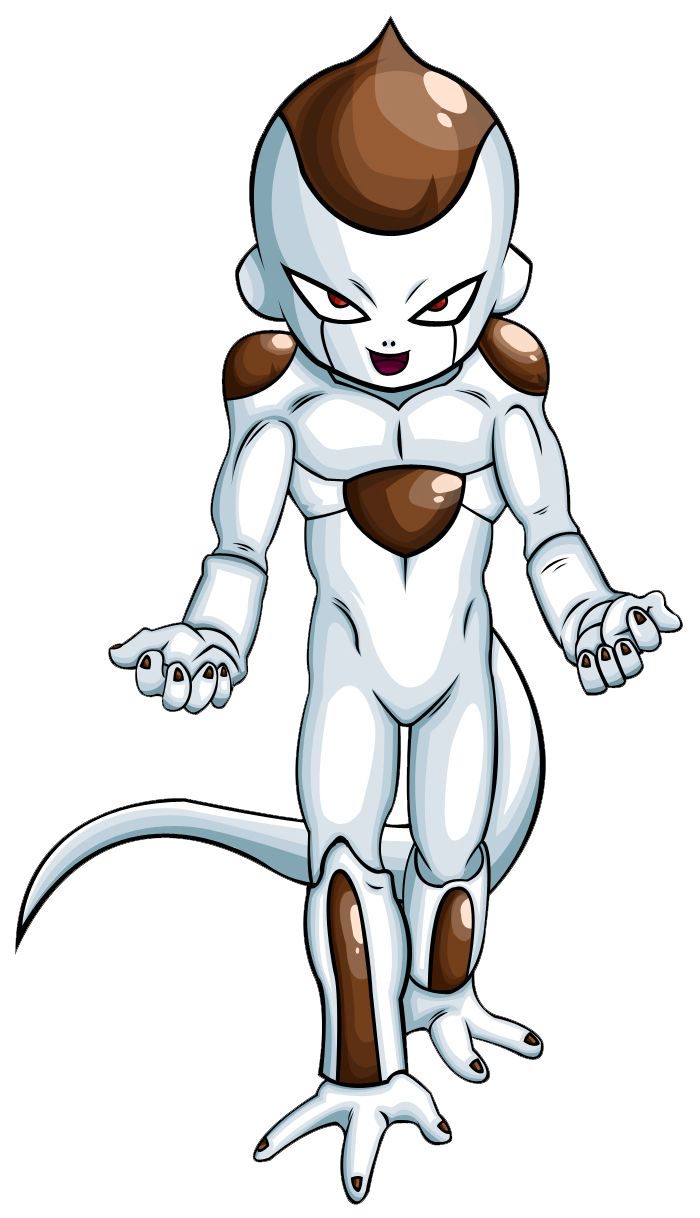 Suddenly, the whole planet was shaking.

After the smog was cleared, a bottomless black hole appeared in front of King and others.

King and others were scared, and the sweat-drenched the clothes.

After a long silence.

King Vegeta also know that but now, he had no solution.

The man-made full moon can only work ten minutes.

It’s hard to have an opponent, who is equal to him. Vegeta feels that Kuriza is a gift from God.

He was worried that after he reached at this level then Frieza trying to stop him.

“Give me some of your energy. At the crucial moment, I will help Little Prince.” King said confidently.

“But King Vegeta, Kuriza just said that no one is allowed to interfere…”

In a few moments, they transferred their energy to King.

With this energy, King can once again make the man-made full moon. King believes that Vegeta can beat Kuriza after turned into a giant gorilla.

Vegeta also not be polite, he swiftly flew toward Kuriza and punched his face. 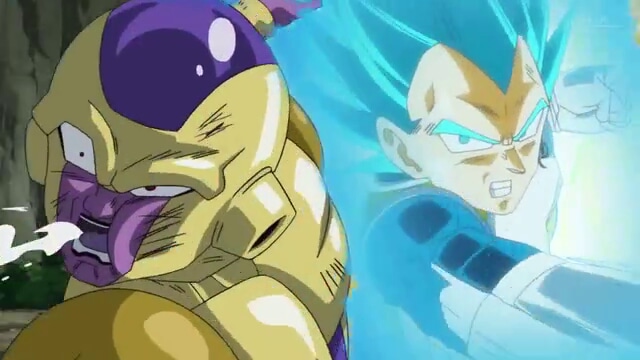 The punch was so strong that Kuriza’s eyes were bulging outward, and the neck was about to twist.

Vegeta’s double fists were like machine guns, and they kept hitting the chest of Kuriza.

Everyone became shocked and stunned after saw this scene.

How could little prince be so powerful? Even Kuriza is unable to fight back?

“The little prince is great, he is really the pride of Saiyans!” Someone cheered for Vegeta.

Kuriza’s face was filled with blood, and his body had few wales. He looking at Vegeta’s eyes viciously.

“Vegeta you played really well. But now I am furious and I don’t want to play because I want to destroy you!” Kuriza suddenly shouted.

Kuriza is just a month old, and his mind was also not very mature.

Originally, Kuriza idea was very good. He planned to play with Vegeta, that he can train himself. But instead him, Vegeta beat him.

“Don’t your father tell you that the enemy is worth the price.” Vegeta smiled and then said, “Transform, I heard that your father can change, then you should also change.”

“You think I need to transform to compete with you, who has combat power only 150,000?” Kuriza said and sneered, and the next moment, he swiftly flew towards Vegeta. Then hit on Vegeta’s face by his long flexible tail.

Vegeta blinked his eyes, then grabbed the long tail of Kuriza, and throw him towards the ground.

Kuriza fell into the vast land, leaving a deep crater on the ground.

Suddenly the sky was filled with dust.

Kuriza gnashed his teeth and flew up, and staring at Vegeta.

“You completely angered me, and now I will kill you personally!” Kuriza yelled and then raised his combat power to the extreme.

After saw this value, every person face become pale.

“Prince is in danger…”

Many Saiyan people were so scared that they can feel the cold sweat on their backs.