Vegeta didn’t get bothered by Saron because his combat power is only 50,000, and his goal is Frieza, not this weak person.

After looking that Saron has already gone, King Vegeta turned to his son with a dignified look.

“You tell me first, how did you come back from the earth?” King Vegeta did not answer his son’s question, even asked.

“If you don’t want to tell me, then I don’t bother to ask.” Vegeta turned and ready to go. Although he is the son of King Vegeta, King Vegeta felt like that he was not speaking to his son, he speaks to a real Saiyan, whose body is filled with coldness and who didn’t feel any affection for him.

“What else?” Vegeta asked: “It’s really okay if you don’t want to tell me, although I still have to cultivate. And, when I practice, it’s best not to bother me.”

“Ha ha ha ha, this is my son!” After listened to Vegeta’s rude words, King wasn’t got angry, even he laughed.

Vegeta got stunned, this old man is really strange, the more Vegeta rebelled, the happier he gets.

Since King Vegeta is happy with his rebelled nature then he also has no problem to be more rebellious.

“Kuriza wants to compete with a man-made full moon Saiyan giant.” When King Vegeta said this, his face was blue and his two fists were tightly held together, and he hatefully said: “Frieza also said that if Saiyan people can defeat Kuriza, we can live, if not… all of our Saiyan people will be finished!” 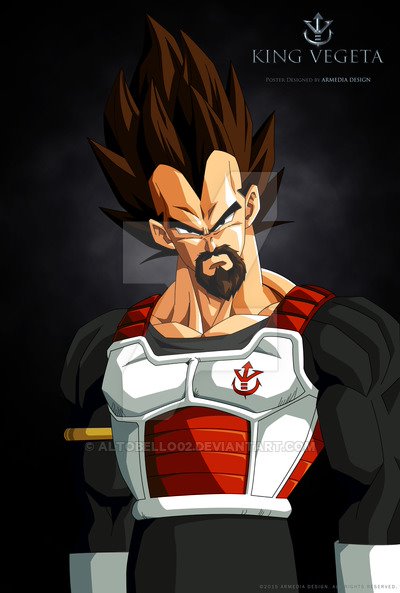 Vegeta was not surprised by this.

Frieza wants to kill all the Saiyan people, it was certain but wait.

Wait, who is this Kuriza?

“Kuriza is the child that Frieza has just given birth!” King explained: “But he has a strong fighting power. His combat power has reached more than 200,000. Even after becoming a giant it is impossible to defeat him.”

Does Frieza actually have a son?

It means the world of Dragon Ball is too different from his own reality.

Vegeta feels that he can’t underestimate this Kuriza. By the way, he is the son of Frieza who is just born, but he should not take him lightly.

After all, Kuriza’s combat power has reached more than 200,000, which is already more than him.

I wonder why Frieza did not rush to destroy planet Vegeta but it turned out that he had a child.

Perhaps, Frieza wants to make his son like a sharpening stone?

Vegeta gnashed his teeth and hopes that he can make a breakthrough before Kuriza’s fight.

No matter what, Vegeta first wants to try to enter the 300-fold gravity chamber.

Vegeta no longer hesitates and directly walked towards the palace where he lived, and threw out the changing capsules brought by Bulma’s father.

With a soft bang, the changing capsule instantly turned into an oval house, which was particularly strange in this palace.

Vegeta told his guards not to disturb him.

After taking a deep breath he stepped into the gravity chamber.

Bulma’s father, Dr. Brief, had already told Vegeta that he can frequently change the gravity level according to his.

Of course, this gravity chamber limit is 300 times gravity.

“First I should start with 20 times gravity.” Vegeta said to himself.

Vegeta didn’t start from 100 times of gravity directly. He knew that cultivation is a gradual process.

When the 20-fold gravity was turned on, Vegeta also raised his combat power to the extreme.

Dr. Brief also added a special feature to hide the combat power in the gravity chamber as Vegeta said. Because of this feature, Vegeta was practicing there, and the outsiders were can’t sense his existence.

Vegeta shook his head in disappointment. Because he couldn’t feel any discomfort, no matter what he did.

Vegeta was still not feeling any discomfort, just feeling a little heavy.

After adjusted the gravity of the gravity chamber to 100 times, he finally felt a huge pressure.

But after ten minutes, he was able to re-adjust his breath in 100 times of gravity.

Is there something wrong!

Vegeta felt that this gravity chamber is a bit problematic. It was 100 times more gravity then how he overcome this so fast.

“I think I have to call Dr.Brief and ask about this.” Vegeta said to himself.

At this time, the door of the gravity chamber was ringed.

It wasn’t someone else who appeared in front of Vegeta, it was his father, King Vegeta.

“Vegeta, what is this?” King looked at the building in his palace with a horrifying expression.

King thought that he was just chatting with his son before a few minutes. How could a strange thing come in his palace in a blink of an eye?

Vegeta was too lazy to explain it, and he saw that King Vegeta had stepped in.

The next moment, King spurted the blood, and then he fell heavily on the ground, and it was difficult to move.

Vegeta was shocked and then he quickly rushed to turn off the gravity switch.

“This…what is this place?” King adjusted his breath and asked his son.

“When I came in, I felt a huge pressure, and I almost lost my life”. King said.

“This is the place where I practiced. The gravity had just increased by a hundred times.” Vegeta explained and now he was sure that there is nothing wrong with this gravity chamber.

The reason was his power.