Vegeta didn’t pay attention on Ginyu’s words, and then suddenly he increased his combat power. Then automatically new data appeared on the detectors. Vegeta smiled slightly and continued to improve his combat power.

“90,000? Is still growing?” Ginyu exclaimed because he became more horrified.

“100,000! You…you…” This time Ginyu was so shocked that after seeing the improvement he couldn’t speak properly. 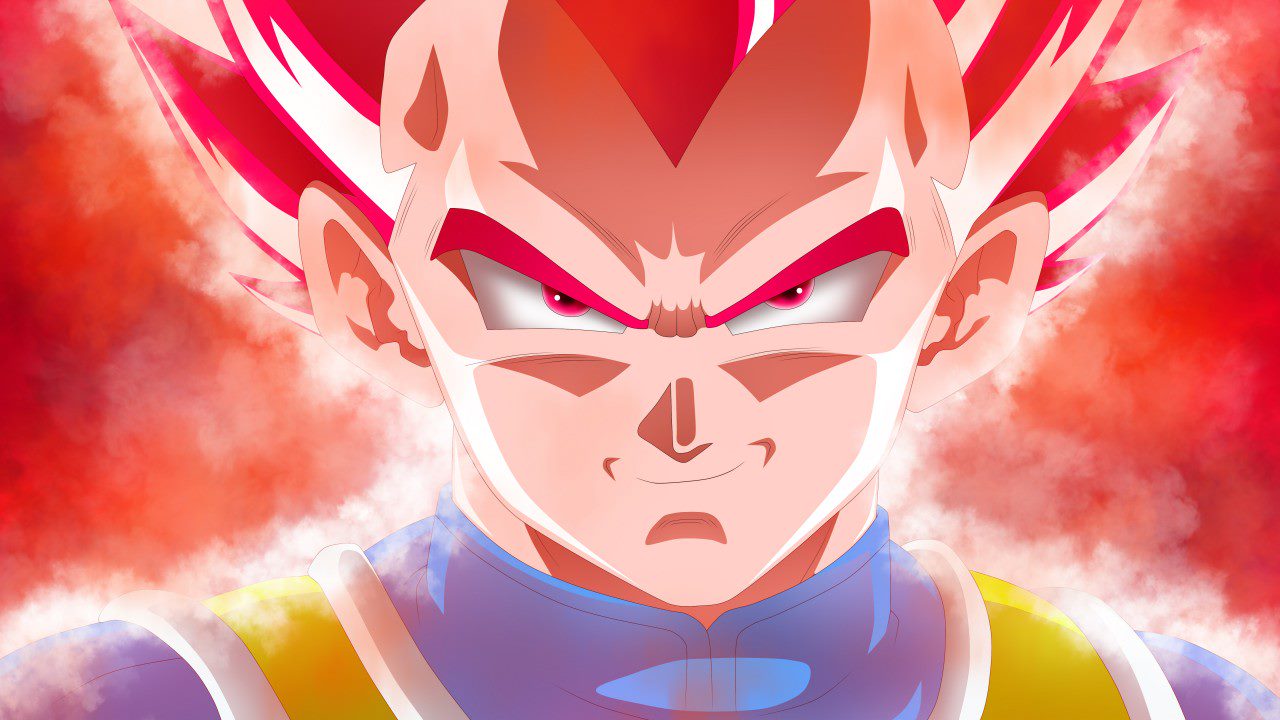 “Ginyu, let me show you, my real combat power!” Vegeta laughed, and then his whole body’s momentum rose to a new height.

A strong powerful energy came out for Vegeta’s body, that energy turned into a big storm, that blown the white clouds to Tibet, and even birds became scared after seeing this storm.

Jeice and Recoome, who so this scene, was so shocked that they can no longer move from their places after discovering Vegeta’s combat power.

Jeice and Recoome, look at Vegeta with their scared eyes.

“He…he’s just a Saiyan, how can he have such a strong combat power? It’s awful!” Jeice said worriedly.

Recoome was also so shocked that he could not say anything.

At this time even Ginyu was so shocked that he didn’t know his mouth was so open that he could swallow an ostrich egg.

After a long silence, Ginyu finally spoke. He wiped the cold sweat from his face and smiled. And then said: “120,000 combat power, you actually caught up with me.”

Vegeta looked at Ginyu, and then he thought that he should not show his real combat power, so he only raised his power to 120,000.

“Ginyu, now our combat power is even, so we can compete.” Vegeta said with a smile.

“Okay, as you wish, I will let you taste my power!” Ginyu said, and the next moment, he turned into a streamer, like a rocket shot at Vegeta. Ginyu slammed his head into Vegeta’s abdomen, and then grabbed Vegeta’s tiny arm and throw him on to the ground.
“Boom!”

With a loud noise, Vegeta’s body fell on the ground and that place turned in a deep pit.

“Hey, you are still tender.” Ginyu touched his nose and smiled at Vegeta, who was lying on the ground.

Jeice and Recoome, who were also there, couldn’t help but applaud after seeing such an amazing scene.

“It turned out that the detector was malfunctioning. Vegeta can’t be Captain’s opponent. I thought he could really at the same level as captain.” Jeice said with a smile.

“How can you compare our Captain with this small Saiyan?” Recoome said arrogantly.

There voice just fell, and Vegeta who was lying on the ground flew up and quickly returned to the sky.

Jeice and Recoome were so surprised that their eyes became wide like a walnut.

“Ginyu, you just have this ability?” Vegeta took out the paper towel that Bulma gave it to him then wiped the dust from his face, and smiled at Captain Ginyu.

“You… don’t pretend to be okay, just a moment ago you was lying on the ground, and you must be injured!” Ginyu became panic and then said.

“Yes, I was hurt.” Vegeta grinned: “But now it’s my turn to attack, you must to be ready.”

After that, Vegeta suddenly rushed in the direction of Ginyu. While he was rushing a flash of strong energy came out from his right hand, heading straight to the position of Ginyu.

Ginyu’s face turned pale and white at the same time.

That huge energy rubbing the base of arm, and the arm fell.

Ginyu made a scream, and when the powerful shock wave flew away, he was shocked to discover that his left arm had disappeared.

After saw this scene, Jeice and Recoome were so scared that they start trembling. They couldn’t wait to escape from this place.

“Same combat power, but I seem to be more powerful than you.” Vegeta touched his nose and said.

Ginyu wonders why Vegeta only cut his arm instead of kill him with this attack.

Because Ginyu was felt that Vegeta’s combat power had long since surpassed him, but he always hid to peoples cleverly.

“Well, you can go to king to report it!” Vegeta once again extended his right hand, aimed at the location of Ginyu.

Suddenly, at this critical juncture, a blood came from Vegeta’s mouth.

The bright red blood was so eye-catching in that mid-air, as if it was a red rainbow, extremely beautiful.

All the people, who were watching the battle, became stunned, and under this mess, Vegeta secretly looked at Kami.

At this time Ginyu became like a monk, because he can’t figure it out, that what was happing there.

When he felt that he is going to be killed by Vegeta, Vegeta spurted blood.

There was a burst of excitement in Ginyu’s heart. It seems that this was a good opportunity for him. He doesn’t want to lose this opportunity.

However, when Ginuy was ready to start, he saw Vegeta spurting again. The next moment, he was surprised to find that Vegeta’s face became white and white.

“Not good…” Vegeta said and his whole body was shivering.

In the blink of an eye, Vegeta slowly descended toward the ground, and when he finally landed, it was difficult to stand up.

“Vegeta, what happen to you?” Ginyu wanted to take the opportunity to give Vegeta a heavy blow, but he found that he didn’t have to do it. This guy had been seriously injured.

“What happened?” Ginyu also came to the ground, his face was full of question marks.