Chapter 9: Hastened to treat him.

Zarbon was blown because of the energy, and he felt embarrassed.

Of course, this level of energy ball doesn’t cause much damage to him.

Broly only increases his combat power to about 20,000 at this time. Because if he improves it more then this then his body can’t bear that.

And 20,000 combat power was not enough to kill Zarbon.

Because this guy was not breathing well, maybe he will die in space, it will be interesting.

“Little devil, I want to kill you!” Zarbon’s nose was red in embarrassment because he was bullied by a newly born Saiyan baby.

While saying this, Zarbon decided to fight.

Zarbon turned again, and the powerful energy broke out.

In few blinks of an eye, Broly disappeared without a trace.

Zarbon would like to catch up and completely destroy this kid but carefully think for a moment, that it will be better to return to the spacecraft immediately. Still, his breathing is not very smooth. If he really died in space, that will be really sad.

After thinking this, Zarbon stopped paying attention to Broly and turned around then restored his original state, and headed towards the spaceship.

However, what made Zarbon angry was that he had just changed back to his original appearance, Broly found that and caught up again.

“You bastard!” Zarbon yelled this time he wants to kick Broly.

Broly was grinning, and the energy ball in his hand was thrown out again to him.

In the next half hour, Broly continued to throw energy balls, to consume Zarbon’s energy.

Once Zarbon turned to improve his combat power, Broly patted his butt.

Zarbon was angry, but he can’t do anything to Broly.

As time passed, Zarbon found that his breathing was getting less and less smooth, and even he feels suffocation.

Zarbon knows that in his current state, it is difficult to return to the spaceship.

Am I going to die?

Zarbon wants to cry without tears, he comes here to catch a newborn Saiyan kid, but he didn’t expect it this will happen.

“Wait… How can I forget that this detector can communicate!”

When Zarbon thinks about this, his face was full of joy. 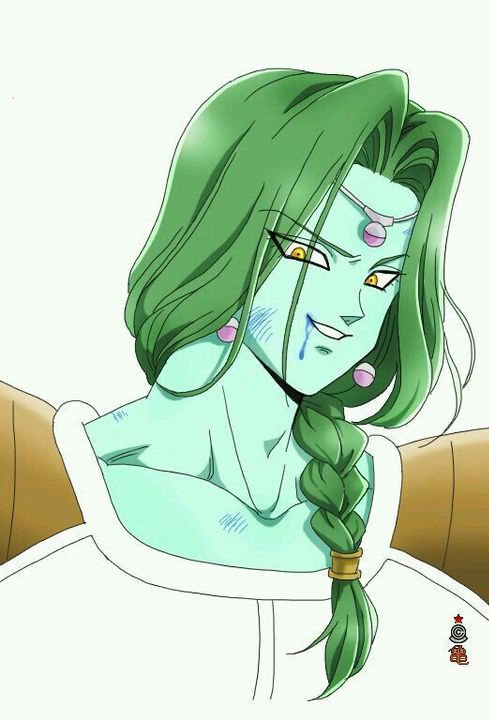 The next moment, Zarbon immediately got in touch with the headquarter of Frieza’s spacecraft, for send the oxygen mask to him.

Broly apparently also heard that Zarbon was contacting the headquarter, he felt a little bad.

However, just letting Zarbon give it up was not the style of Broly.

After all, still Zarbon was exhausted, as long as it delays, this guy will be finished.

After Zarbon got the reply from the headquarters, his hanging heart was finally released.

Then, he adjusted his breath, he no longer consumed extra energy, and patiently waited for his support.

Moreover, Zarbon knows that the spacecraft is very fast and should arrive in less than thirty seconds.

Wait for the oxygen mask, then he will torture this little rabbit!

Zarbon looks Broly, and think how to fix this kid.

However, at this moment, Zarbon’s face changed slightly, because he found that Broly was once again upgraded his combat power.

I have been entangled with this kid for half an hour. I didn’t expect this kid will have so much energy!

Zarbon was very frightened. Because right now his combat power was 5,000.

When Zarbon was thinking, he saw that Broly turned into a streamer and went straight to him.

Zarbon felt a strong pain on his chest. Blood came from Zarbon mouth and his face became paler.

At the next moment, Zarbon felt that his consciousness was a little fuzzy, and when he looking at the front even the Broly’s figure was also blurred.

Broly wants to give Zarbon another fatal blow, but he suddenly found that there was a powerful energy that was coming to his side.

Broly simply judged that this energy was around 20,000 or so.

It was comparable to him.

But the problem was that Broly was an overload of boosting energy, he also endured tremendous pain.

Broly thinks a little and threw a few energy balls towards Zarbon’s body, then turned and ran.

Broly knows that Zarbon will not die by this level of attack, it was also good.

So there will be a chance to deal with Zarbon in the future.

Broly turned into a streamer and soon disappeared.

Moreover, what was most exciting for Broly was that he had learned how to control the energy in his body through this battle.

In other words, Broly can hide his breath completely, so that the detector can’t find his figure in any way.

It wasn’t long before Broly had just disappeared. A small spaceship stopped at Zarbon’s side.

The door of the spacecraft opened, and a pink-skinned alien, Dodoria came out from the inside.

When Dodoria saw Zarbon, who had already passed out, he was shocked.

“He is going to die, treat him quickly!” Dodoria quickly gave orders to his men.

Several men didn’t dare to neglect, and at the same time they were frightened, they quickly carried Zarbon to the spaceship and sent him to the treatment room.

For a time, several of his men whispered and were shocked.

Dodoria’s brows are also tightly wrinkled together, how can Zarbon like this, who did this.

The opponent was very powerful.

“Dodoria, what should we do now? Do you want to return to Lord Frieza?” The man asked.