After Broly was taken away, Frieza whispered: “It takes two days to reach Planet Vegeta from us, and it is not too far from the black hole. It will be like killing two birds with one stone.”

“Lord Frieza, if Broly enters the black hole, I think 80% it will transfer the picture unless he will not die”. The doctor said.

Frieza didn’t say anything, he just staring at the display screen silently.

At this moment, Broly had entered the other spaceship under the surveillance of Ginyu Force.

The spacecraft started and went straight to the direction of the Planet Vegeta.

It takes about two days to reach the Planet Vegeta from here.

In the beginning, the Captain and others were okay, but after a whole day, Captain Ginyu was a bit boring.

“You four, take care of him. I am going to sleep”. Captain Ginyu said while yawning and walked towards the spaceship’s lounge.

In the view of Captain Ginyu, Broly has only a little more than 30,000 of combat power, and his team members, except Guldo, have more than 40,000 combat power.

Four-person guarding a child, of course, no accidents can happen.

This was a golden opportunity!

This was the moment that Broly waits, now he can increase his combat power to 50,000.

With a combat power of 50,000, it was easy to kill these four peoples.

Then he can escape from here.

Although Broly was extremely excited, his face could not see the slightest bit abnormality.

He silently sensed the atmosphere of Captain Ginyu, and when he found that his breath became well-proportioned, he knew that the guy was already asleep.

Then Broly grinned and quickly suppressed the energy of the drug, which was in his body.

Frieza didn’t have the mood to watch the picture that Broly saw, so he went to do something else.

However, the staff of the research room certainly monitoring. When they saw the disappearance of the picture, they quickly called the doctor.

“Probably the signal is unstable.” The doctor said and didn’t felt that this is serious.

At this time, Broly, looking at Guldo with a smile.

Broly knows, that Guldo’s combat power is not very high but he has the special power to stop time. So it’s necessary to kill him first. “What?” Guldo was puzzled, but he still made up.

Because according to Guldo, Broly can’t do anything to him.

After all, now Broly was equivalent of a prisoner, and his every teammate present there, which are more powerful than him.

After seeing that Guldo was coming, Broly suddenly raised his combat power around 20,000 and condensed energy then cut the neck of Guldo.

Guldo’s head was separated from his body.

This made Jeice and others horrified, they didn’t fully react because they didn’t understand what just happened.

After killing Guldo with the thunder Broly looked at Burter, who’s jaw was dropped and then suddenly Broly increased his combat power more than 50,000 and his hand condensed a flame. 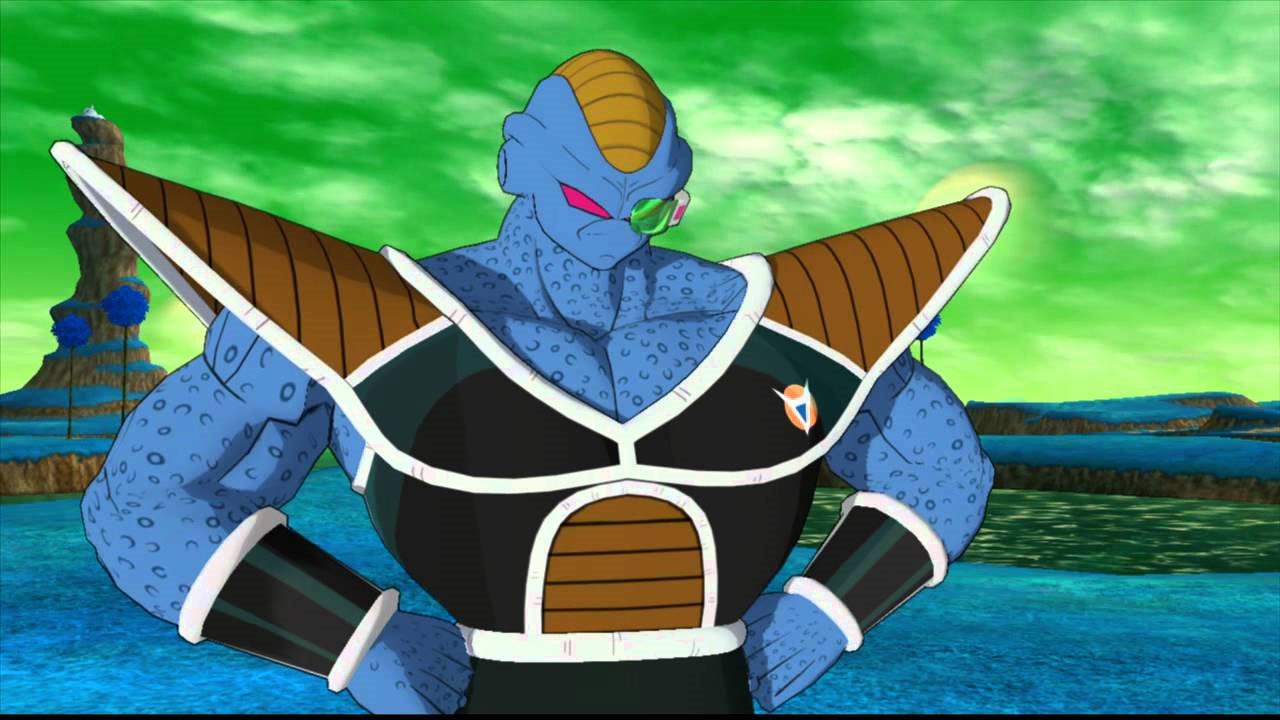 Burter’s eyes widened. He was able to react anything.

Broly’s speed was very fast. After he absorbed the energy of those drugs, his combat power had increased to 50,000.

Just a glimmer of effort and Broly appeared behind Recoome.

The next moment, Broly forward his little hand to the back of Recoome. A bright red flame, released from Broly’s little hand and penetrated the heart of Recoome and hit the spaceship.

The powerful energy went in the space, and everything that passes through it was turned into dust.

After killing Reccome, Broly wanted to kill Jeice, but suddenly he felt that Captain Ginyu had awakened and was coming towards him.

Broly had no time to deal with Jeice, he needed to rush.

While looking at Jeice, Broly smiled and suddenly released a glare from his hand.

Jeice was puzzled. When he saw the glare in Broly’s hand his face had changed the color, he quickly adjusted his breath to resist the attack.

However, Broly didn’t mean to attack Jeice. With a grin, he opened the spaceship’s door and disappeared in a blink of an eye.

While Broly opened the spaceship, Burter, Recoome, and Guldo’s bodies were also going to space because of the air pressure.

Jeice was shocked and he quickly chased him.

It’s not that he was worried about the body of Burter and others because they were already dead.

Jeice was worried about Broly. If he let Broly run away, Lord Frieza will be furious.

At that time, Jeice hastily searches around for Broly.

At this moment, Jeice had a happy face because he found that Broly turned into a streamer and flew towards a distant planet.

Suddenly, Jeice heard a voice from behind then he looked back. It was Captain Ginyu.

“A group of idiots, how can a small Broly run from you?” Captain asked angrily, then he looked at the messy situation of the spaceship and continued: “Anyway, Jeice calm down. Burter will definitely catch up.