About five minutes or so later, Broly found that the Saiyan spacecraft landed at a place, which was not too far from him.

The hatch was opened and several people walked together under the leadership of a young man, who wore a red cloak.

Broly looked at him and suddenly felt disappointed.

The boy was about five years old, with black hairs and the evilness was on his face. His eyes were extremely cold.

The person who came was not King Vegeta, but his son, Vegeta.

It’s no wonder that Broly felt that the breath was a bit too different. It turned out that King didn’t come.

“His Royal Highness, according to the reaction of the instrument, Broly is on this planet.” A teenager, who had a muscular body whispered in Vegeta’s ear.

“Hey, I really don’t understand, he is a newborn child, it’s not such a big deal?” Vegeta shook her head in disdain and said, obviously not very interested in this matter.

“His Royal Highness, although he was just born, his combat power is very high.” That teenager boy was Nappa, he said carefully to Vegeta. 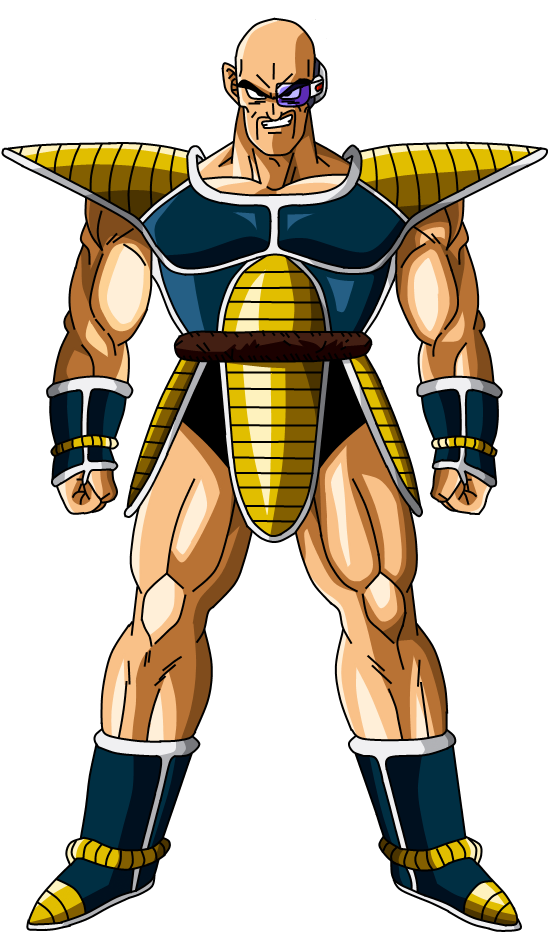 “What do you mean, his combat power has surpassed me?” Vegeta said and sneered. “What a joke? I am the best fighter in Saiyans!”

“Give me the opportunity to find him. I will inform you immediately after I find him.” Vegeta whispered, and had faced had an evil smile.

Broly sensed the breath of Vegeta, this kid was really a genius.

Although he was only five years old, his combat power had reached around 15,000.

Moreover, this was only the surface of Vegeta’s combat power. If the combat power will increase, Broly was afraid that maybe Vegeta power surpasses his power.

It was a pity that Vegeta was not too far away from him.

Broly secretly observed the Saiyan people, who came down from the spacecraft, and found that plus Vegeta they were just six people.

However, a strange instrument in their hands catches the attention of Broly.

Broly guessed, presumably this thing helps them to find him?

Originally, Broly wanted to kill Vegeta and others, but after thinking carefully that if he kills them so others will be sure that he is on this planet.

After all, his position was not too far from the Planet Vegeta or Frieza.

And it will take less than a day to come here from Planet Vegeta.

Broly decided to change a planet, while will be far from here.

But if he flies by himself then it will take a too long time.

After carefully thinking for a moment, Broly’s face showed a smirk, the next moment, his hand had condensed an energy ball, and throw in the distance.

Just as Vegeta arranged his instrument to look for Broly, he suddenly felt the land was vibrated a bit.

Along with a loud noise, the sand began to rise.

Vegeta’s brows frowned, but he too lazy to talk nonsense, he swiftly flew away, where the sound was coming.

Nappa, who was behind him, didn’t dare to speak anything, he followed Vegeta.

He didn’t expect that he will make them fool so easily.

After Broly saw that Vegeta and others went in another direction, he quickly flew in the direction of the spaceship.

Almost in a blink of an eye, Broly was on the spaceship.

Broly operates a spaceship last time. And the instrument in the control room was not very different.

Broly easily found the button and start the spacecraft, grinning, and the small hand was going to the next shot.

The spacecraft made a roar and went straight to space.

When Vegeta and others heard the sound of the spacecraft launching, they looked back and suddenly they were shocked.

“Not good, Your Highness, our spaceship was taken away!” Nappa shouted.

“Idiot, I saw it too!” Vegeta’s gnashed teeth and yelled. A newly born baby actually make him fool.

“I immediately got in touch with the command center and asked them to send a spaceship!” Nappa gnashed his teeth and said.

“Nappa, give me your oxygen mask”. Vegeta said, the spaceship was so far away from, that almost disappeared silently.

“Oh…” Nappa gave some oxygen masks to Vegeta and guessed that the climate of this planet was not good. The Prince maybe not able to breathe smoothly.

“This planet will explode after a while”. Vegeta said and smiled then stopped paying attention to Nappa and others and went from there.

When they heard this, Nappa and others looked at each other and were unclear.

As they were wondering, Nappa and others suddenly discovered that a strong flame had been shot from the sky, and a blue-green color flam appeared, carrying powerful energy and heading straight to the surface of the planet.

“Oh no!” Nappa and others were shocked and quickly flew up.

The whole planet was a little silent for a moment, and then it was a roar.

The next moment, the planet full of yellow sand, suddenly split and burst.

After ten seconds or so, the whole planet had become the dust of the space.

It was not others who destroy the planet, it was Broly.

After taking the spacecraft away from the planet, Broly didn’t hesitate and destroy the planet.

It was very easy to destroy a planet for Broly with his current combat power.

And Broly doesn’t concerned about whether Vegeta was dead or alive. It will be best if Vegeta dies in this explosion.

Broly’s face showed a smirk, and at this time, he already entered in the endless space.

However, what makes Broly feel depressed is that the spaceship doesn’t listen at all. It seems that the spacecraft had already the command in advance and the navigation channel cannot be changed.

Broly doesn’t know how to operate the spacecraft for changing the direction.

If the spacecraft flies directly to the base camp of Frieza then he will be finished.