Chapter 10: Has not eaten since birth.

Dodoria didn’t say anything but immediately contacted Frieza through the detector and told him about the situation.

“Oh? Zarbon is almost dead? When he became so useless, his opponent was a newly born Saiyan kid, who’s combat power was 10,000!” Frieza said angrily: “Bring him back first, I want to ask him myself, what actually happened!”

About thirty minutes or so, Zarbon’s injury was finally completely healed.

When he coming out from the treatment room, Zarbon’s face was frustrated and his eyes were filled with endless hatred.

When he saw Frieza staring at him intently, Zarbon was sinking in his heart and hurriedly pleaded guilty: “Lord Frieza, I could not get Broly back, for this mistake you can punish me. ”

“Of course I will punish you, but I want to know first that how you got hurt”. Frieza asked faintly.

“That little devil’s combat power reached at 30,000 but still I able to capture him. Then he suddenly destroyed my oxygen mask, so that I could not breathe in the universe…” Zarbon told everything to Frieza.

“Oh? A newly born Saiyan baby’s combat power reached 30,000?” Frieza’s eyes twitched slightly, his long tail shook up and down, and the face was a bit gloomy.

“How is this possible?” Dodoriaasked with a look of disbelief: “He is just a Saiyan. How can he have 30,000 combat power? Even the Saiyan King’s power is only 15,000 and he is a little baby… impossible, absolutely impossible! Zarbon are you… that you didn’t mistake?”

“Lord Frieza, my every sentence is true!” Zarbon didn’t pay attention to Dodoria and said Frieza, then after a few moment’s of silent, he said again: “However, he can be raised his power to 30,000 but his body seems to be unable to bear that. That huge energy, which attacks me, didn’t cause much damage. If there was an oxygen mask, I definitely bring him back!”

“But Zarbon, Saiyans can’t survive in space. Then he survived?” Dodoria asked.

“I don’t know how he survived in the universe. I didn’t saw any instrument who helped him to breathe.” Zarbon was extremely puzzled about this issue also.

After a brief silence, Frieza smiled and said: “That little devil is getting more and more interesting… Oh, where is he now?”

“Dodoria, when I fainted… you received me, didn’t you track Broly?” Zarbon turned his head and asked to Dodoria.

“I… I thought you were going to die, so I took you to treat quickly… But I passed the detector and there was no strong energy…” Dodoria sweated and explained.

“Commanders, immediately find that boy!” Frieza’s face changed slightly, his long tail slammed on the ground of the spaceship, and shouted: “I want him to live!”

“Yes!” Zarbon was obviously scared when he look Frieza.

“And, teel about the matter to King Vegeta, let him dispatch all the Saiyan people, for find Broly!” Frieza added.

“But… Lord Frieza… I am afraid no one is the opponent of that little devil.” Zarbon said quickly.

“This doesn’t require you to remind me.” Frieza glared and said with a smile: “If they kill each other then it will be very interesting?”

At this moment, King Vegeta was leading many Saiyan people to rebuild their homes. 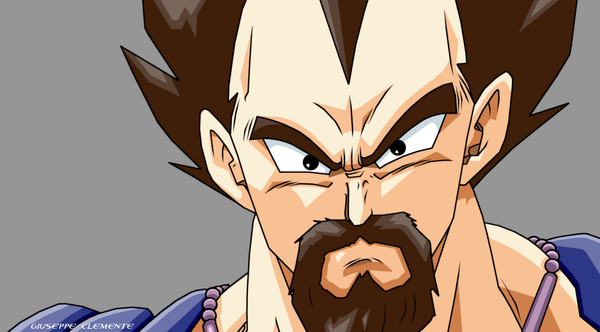 Fortunately, Frieza only gave the Saiyan a warning but didn’t completely destroy the entire planet.

At this moment, King Vegeta suddenly received instructions from Frieza.

“What do you say? Broly is still alive? But… how is this possible?” After receiving the news from Frieza, King Vegeta was shocked and stunned. He also confused that how Broly survived in the space.

Broly didn’t die, the life of this kid is too tenacious!

“Commander, immediately track the whereabouts of Broly, and inform me when you find it!” King Vegeta ordered the compatriots of many Saiyan people.

At this time, Broly was flying in space, he had completely hidden his breath.

Broly was that after Zarbon returns, Frieza will send someone to find him.

Fortunately, he can hide his breath now. Otherwise, if Frieza comes here then he will really finish.

He doesn’t know how long it took, but Broly gradually realized that he was further and further away from the powerful atmospheres, so he had a lot of relief.

Later, Broly adjusted the energy in his body and speeded up the flight.

He can’t always stay in this space?

Broly intends to find a planet to settle down, or to practice as soon as possible.

Broly learns to control his breath by the fight with Zarbon.

In addition, Broly can also improve his combat power infinitely, but his body’s tolerance didn’t reach on that level.

Where is he going?

The place where Broly wants to go was the earth, but this endless space made him confused and stunned.

No matter what, just find a planet!

Thinking of this, Broly looked a distant planet and flew quickly over there.

This planet was not very big, but he had a large desert.

Broly turned around the planet and became speechless, the whole planet was a desert, without green vegetation.

Even the basic food was not on this planet.

Although Broly feels a little hungry there was not much discomfort in the body.

In the history of the “Dragon Ball Z”, Broly didn’t eat or drink for several years but he didn’t die.

Broly calmly stayed on the planet of this great desert.

When he was preparing for cultivation, Broly suddenly felt the land vibrate a bit.

Suddenly, the wind and sand began to roar.

Broly didn’t scare by these small changes on this planet.

But the next moment, Broly’s eyes suddenly went straight, because he found that in front of him, a monster was pulled from the ground.

This monster had a height of nearly ten meters, a big mouth and sharp mouth and a fang.

Broly felt that the image of this monster was a bit like Tyrannosaurus Rex in the Jurassic world.

At this moment, Tyrannosaurus looked at the small Broly.

Although this was not enough for him, in the view of Tyrannosaurus Rex, it was also a very good meal.

However, what makes the Tyrannosaurus somewhat puzzling was that Broly looks him like he is looking a very delicious meal.

Indeed, after seeing the Tyrannosaurus Rex, Broly was shocked and happy, even the stomach could not help but scream.