Akhil was woken up by the crying sound of a baby.

Akhil opened his eyes, he found himself in a strange container, the container was warm and very comfortable, just like lying on the lap of a beautiful woman.

At the same time, Akhil also felt strong energy in his body, then he raised his hand and the container was turned.

What is this place?

Akhil remembered that he was watching the latest Dragon Ball Z: Resurrection ‘F’ movie… then suddenly the earth start trembling, he became stunned and… after that, when he woke up he was here. Akhil was thinking that this place looked quite similar to Dargon Ball World.

Then a sudden thought came in his mind.

Akhil guessed that he had crossed the world and suddenly he heard the crying sound of a baby again.

“Too noisy!” Akhil looked at the direction of the crying voice. 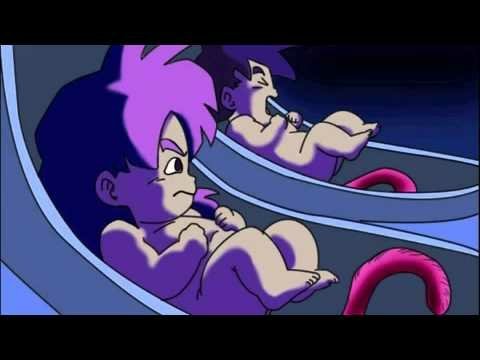 When Akhil saw the face of that crying baby he was shocked. He is just born?

He is Goku… and What about me?

Akhil began to observe his body. When he saw it clearly, he was speechless.

Because he was also a small baby, it is no wonder that he felt he was just been born.

But again Akhil became very happy. Because he and Goku are together, that means that he is also a Saiyan.

Thinking of this, Akhil was a little excited.

Ever since he saw “Dragon Ball Z”, he always imagined that one day he will become a Saiyan. But he didn’t expect that his wish actually comes true.

The bloodlines of the Saiyan people are really good, and it didn’t take a long time to see it so clearly after birth.

Akhil knows that after the birth baby can open his eyes but the things will looking blurred.

Akhil was so curious, that he can’t help but looked at Goku in the box again, who was next to him.

However, when Akhil looked Goku, maybe Goku was scared by his eyes, and start crying was more intensively.

Uh… I am so terrible?

Akhil was busy to guessed that who he was, he suddenly sees a group of people wearing Saiyan costumes coming inside.

When Akile saw the person who was at the forefront he felt a bit familiar.

That person looked almost like Vegeta. The distinctive Saiyan battle suit was covered with a bright red cloak. If Akhil was not mistaken, he should be the King of the Saiyan… King Vegeta. Akhil was so excited to saw King Vegeta here.

However, Akhil tried to talk, but the voice that came out was a cry, which made him very uncomfortable.

“Paragus, is it very interesting to talk behind King?” King Vegeta asked, his face looked a bit gloomy.

When this was said, Akhil saw a man with a beard and black hair behind King Vegeta, his body was trembling and his face was a bit pale. 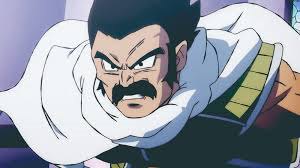 Akhil looked that person and felt a bit familiar, but couldn’t remember where he had seen him.

“King Vegeta, Paragus said that when his son will grow up, he will be the King of the Saiyan.” A burly Saiyan said.

Akhil felt that this burly man, 80% looks like Nappa, so he must to Nappa’s father. When Paragus heard this statement, he became angry. He Looked at Nappa’s father and shouted: “Bana, don’t lie, I never said this!” Then Paragus swiftly rushed towards King Vegeta and said: “King Vegeta, you must not believe his nonsense, I always respected you by my heart, I never have an intention to betray you!”

“Paragus, you said that, why don’t you admit it?” Bana said and sneered.

“King Vegeta, I neither had the intention to betray you and never will have in future!” Paragus said and after that, he was kneeled in front of King, to show his respect.

“No one can say anything about the future. For the future of the Saiyan people, I have to sacrifice you and your son.” King Vegeta looked coldly at Paragus and said.

Akhil saw that King Vegeta was looked at him, his eyes did not have a bit of mercy.

And then suddenly a thought came in his mind, am I…

Am I the son of Paragus?

He will be kill because of his father’s rebellion?

In the next moment, Akhil saw, that Bana comes towards him.

“It has nothing to do with Broly. He is just a child…!” Paragus shouted.

“I don’t leave the roots while I cut the grass, It’s not my style.” King Vegeta said coldly. Because of my combat power was too strong, Goku was scared.

The legendary Super Saiyan who only appeared once in a thousand years?

Akhil suddenly felt proud of himself.

No wonder he felt a bit familiar when he saw Paragus. It turned out that this guy was the father of Broly.

What Paragus rebellion is a lie.

King Vegeta wants to kill him and Paragus because he was afraid to Broly, who has already 10,000 combat power.

No, I can’t let anyone kill me!

Since I have to become the strongest Saiyan so my fate will change from now on!

From now on, I am Broly!